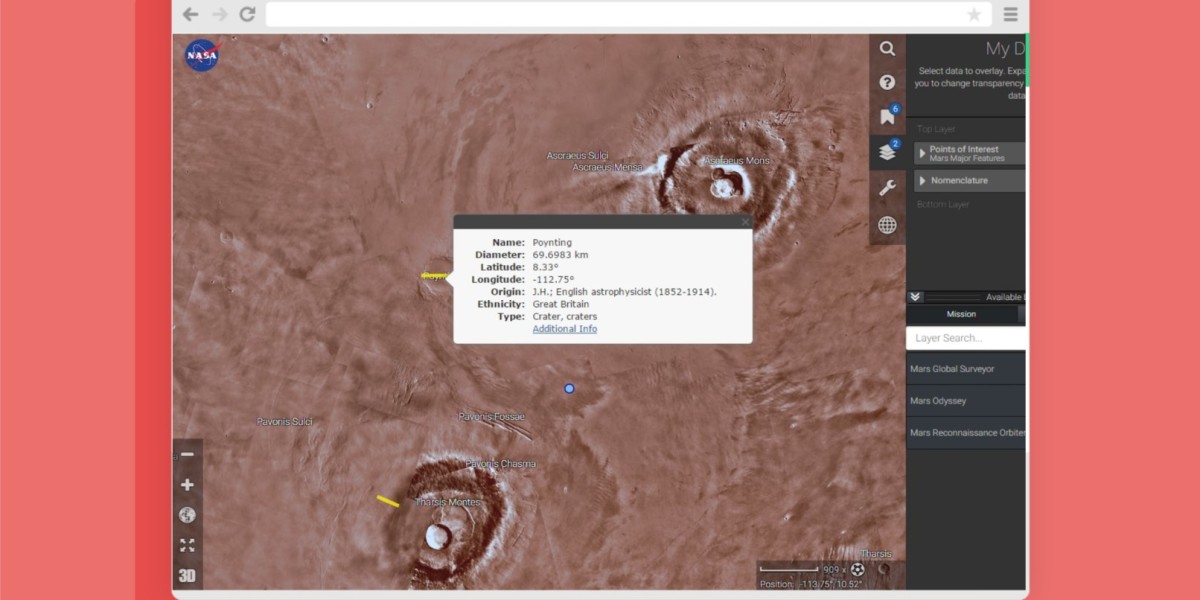 If you’ve been wanting to uncover the secrets of the red planet and can’t wait for SpaceX to ready its ships, you’re in luck. NASA’s Mars Trek lets you get a closer look at our next-door neighbor, Google Earth-style.

Made with images from several NASA missions, the interactive map allows you to explore the planet in 2D or 3D. You can pan around the planet and zoom in to find features and learn more about each of them. There’s also an option to toggle between global, north and south pole views.

The Web app includes a number of tools to calculate distance, using standard units or a few that are easier to relate to. For example, I found that Poynting crater’s diameter spans roughly 909 soccer fields.

You can also download STL files to print 3D models of notable features. A list of bookmarks makes it easy to spot these on the map, along with path traversals of NASA’s Martian landers.

There’s also a Layers tool that overlays images and data sets from a range of orbiter cameras for in-depth armchair analysis.

Read next: Taylor Swift's $50,000 changed the rules at GoFundMe