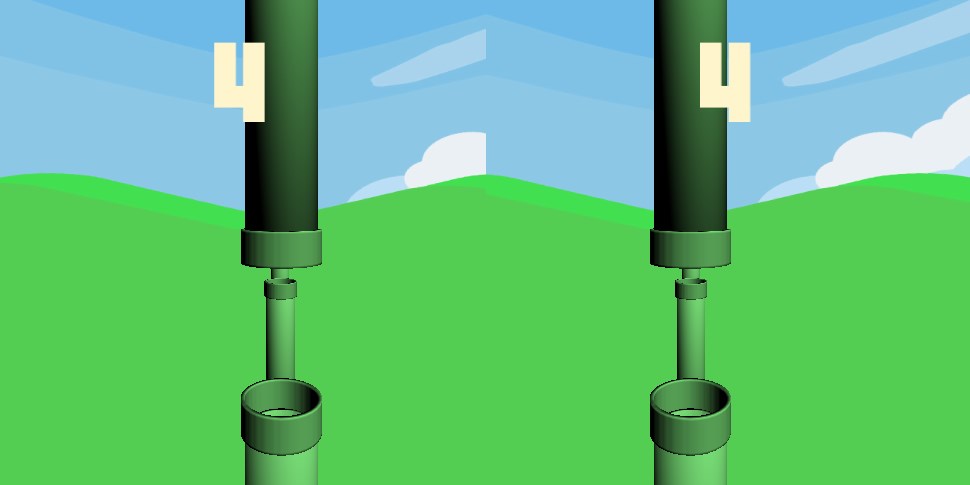 Here’s the latest title to make my list of games I’m terrible at but love playing. Cardboard Flappy for Android is a 3D version of the challenging mobile game Flappy Bird in which you attempt to navigate past endless obstacles — only this you literally get a bird’s eye view of your flight.

The original 2D version had you tapping the screen to guide a bird through gaps in vertical pipes as it continuously flew to the right. This time, you see what the bird sees: pipes, pipes and more pipes with gaps at varying heights for you to slip through.

All you need is your Android phone and a Cardboard headset. You’ll only need the headset trigger to play this one-button game; use it to make the bird flap its wings and ascend in the air a bit as it flies towards the pipes to guide it through the gaps.

Thankfully, you don’t have to use your head to control the game — controlling all that aerial bobbing and dipping would likely give you a headache.

Cardboard Flappy is available for free on Google Play. Good luck beating my top score of 3!

Read next: There’s now a major update to the original Dots game

Read next: Streaks for Android helps you stick with your habits using Jerry Seinfeld's productivity trick