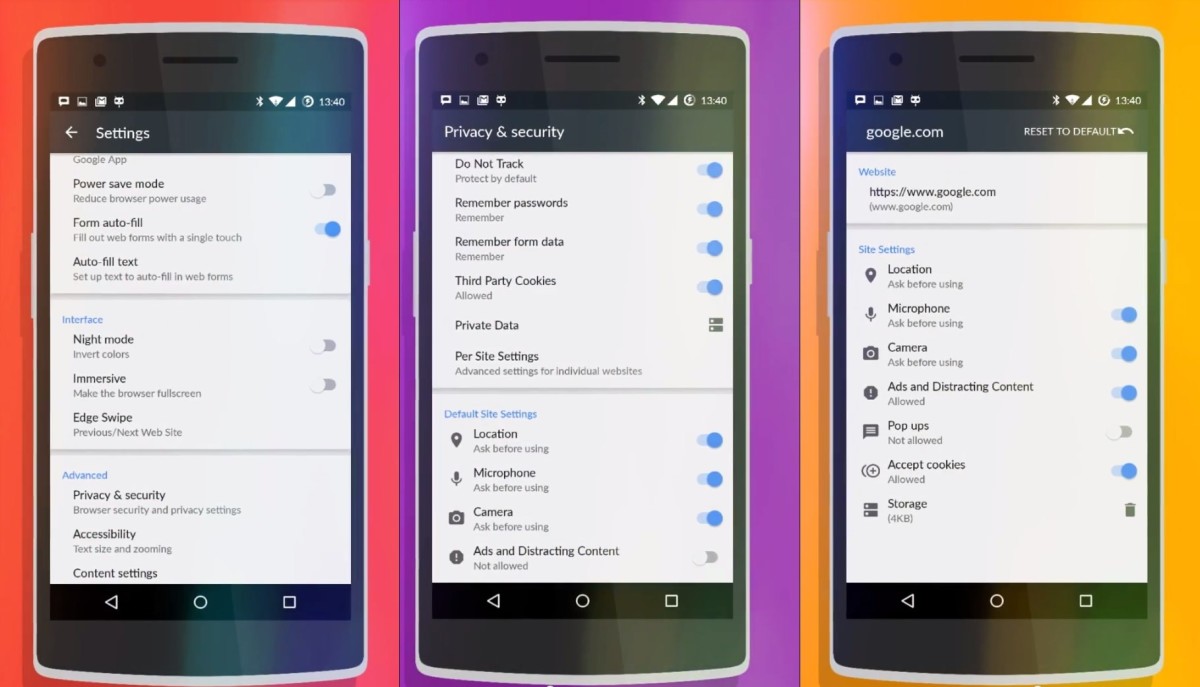 Android ROM developer CyanogenMod is working on Gello, an open-source browser based on Google’s Chromium project that includes loads of customization options.

Early demo videos show features from the current build that may or may not make it to the final version, including an offline reading mode, immersive and night modes, site-by-site settings for privacy and security and the ability to save downloads in a preferred location and name files before saving them.

It’s worth noting that Gello won’t be released on Cyanogen OS, which runs on the popular OnePlus One phone; that’s a separate project handled by Cyanogen Inc. Instead, it will be available in a future version of CyanogenMod’s Android ROM.

CyanogenMod doesn’t yet have a release date for Gello. The team noted that its browser won’t be compatible with older devices that have a small storage partition.

Read next: Yahoo’s Aviate Launcher for Android now streams contextual info to your home screen based on your activities