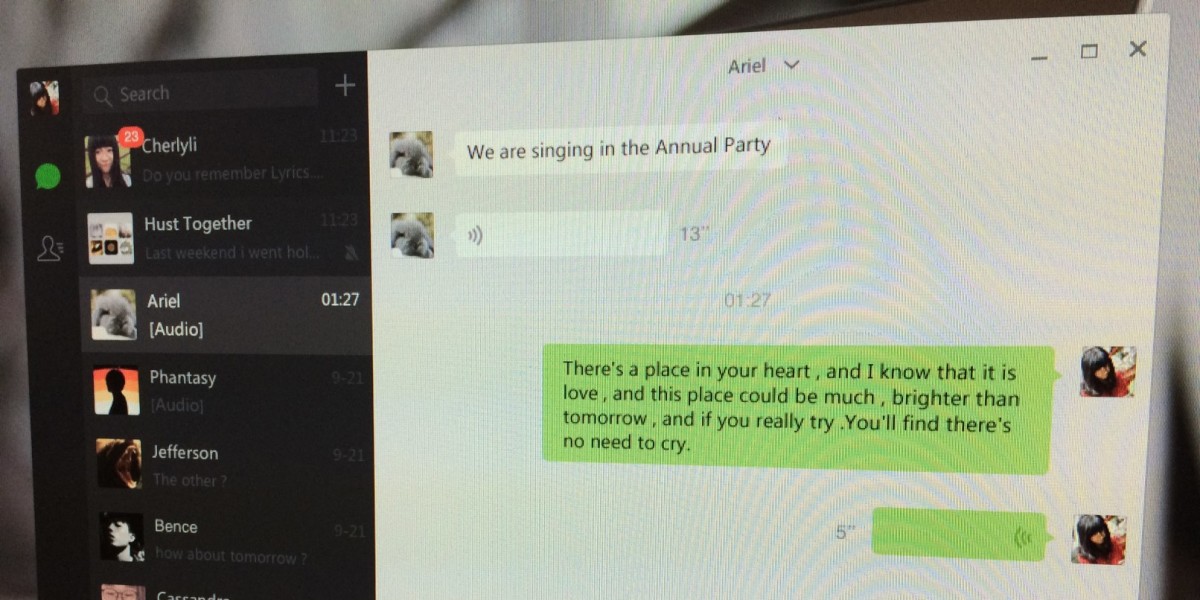 WeChat has updated its Windows desktop app with English language support and a raft of new features.

First launched in Chinese in January, the latest version lets you share files with other WeChat users on desktop or mobile. There’s also a screenshot tool that lets you capture an image and send it to a contact instantly, using controls within the app.

If you’re in a group chat, you can now grab a particular user’s attention by mentioning their username in your message. And in case you sent a message you didn’t intend to, you can delete it using the Message Recall feature.

Oddly, WeChat’s Mac app hasn’t got an update since last November and doesn’t appear to include these features yet.

Read next: StiKey for iOS lets you add stickers to conversations in any app

Read next: Where to watch Apple's WWDC live