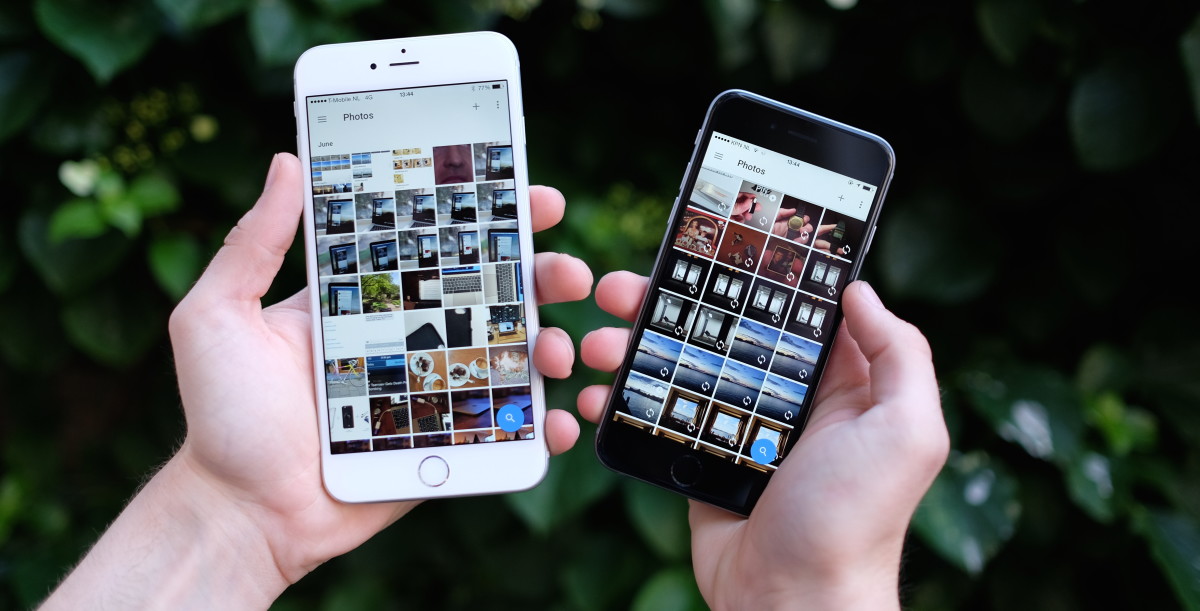 When Google announced its new Photos service, I was skeptical.

Why would anyone give their entire photo library to Google, a company infamous for mining data for ads?! How could they be trusted with my images if they’d used my data in uncomfortable ways in the past? The app didn’t look all that special at first glance, either.

Google Photos looks awesome but wow I am super skeptical about giving all my photos to someone I’m not paying.

Despite my reservations, I decided to give it a go. I started by allowing Google access to just a small segment of my photos, a few hundred shots. As I siphoned them in, I winced a little at the idea of it having access to my most intimate memories.

That feeling quickly faded, however. In the space of a week, the app has utterly revitalized my interest in browsing my photo library for the first time in years.

Most of us hoard photos; since I’ve had an iPhone I’ve shot over 50,000 images. Many of my friends have more. Most of us don’t ever go back and really look at them. We just keep on taking more, share them to social media and forget about everything in between for years.

Google Photos, however, offers a compelling way to actually make us look at those shots on a regular basis, in a number of amazing ways.

From day one, after uploading a block of photos, the notifications about photo tweaks, GIFs and films started rolling in. I was biking around Amsterdam, after moving here just a few weeks ago and received a notification that a new GIF was ready of one of my memories.

What I saw was the time I took an epic road trip around the South Island of New Zealand early last year. I’d completely forgotten about it, and the reminder made me miss home. Another notification reminded me of my trip to the Rocky Mountains in Canada. The next day the app reminded me of our dog and how much I miss him.

The power of nostalgia, using smart notifications and remixing memories, leads me to open the app every day.

That’s not to say it doesn’t go wonky sometimes. Algorithms are cold, odd things, that don’t understand human emotion. Google Photos jams weird memories together left and right, which can lead to some bizarre results that wouldn’t have ever happened if a human was choosing them.

You might occasionally see photos from a breakup from years ago, or the time you lost a pet. It can bring up the painful feelings as well as the good ones, which isn’t necessarily a bad thing, but occasionally those notifications stop you in your tracks, like a picture taken at the funeral of a friend.

Then there’s the times it comes out bizarre.

An example of this was a mashup Google Photos created of King’s Day in Amsterdam. It was a day of raucous drinking, yet Google Photos’ perception of it was some sort of playful mashup with odd, happy music accompanied by pictures of alcohol.

Search is what’s kept me coming back, however. The ability to look for… well, anything, by using text feels like a superpower.

I can search ‘pizza’ and see 20 depressing shots of fatty food or ‘beach’ and see good times I spent with friends in the sun. I’m addicted to searching for random words, just to see what I can find.

It’s amazing, because I was never good at organizing my library outside of overloaded folders like “2015 photos” or “old shots.” Within a week, Google’s managed to catalog everything using machine learning algorithms with little input on my part, improving on a decade worth of bad habits.

The search is not infallible — looking for “cat” often turns up my dog — but the accuracy of results is reliable and fast enough that it’s a huge improvement over other photo libraries, like Apple’s iCloud Photo Library, essentially categorizing everything I’ve ever taken with no effort.

I’m totally in love with Google Photos, despite my initial reservations. It takes large, unwieldy photo libraries and makes them more personal, leading you to dive into them on a regular basis rather than acting as a place to store them.

With little effort, I’m reminded of good times and bad ones that I might have never gone back to find. It’s still early days, and there are improvements that can be made, but Google Photos makes competitors look like dumb storage.

Yes, it feels insane to give Google my hundreds of gigabytes of memories without paying and I worry about what it’s doing with them, but I don’t care. It works so well, offering something you can’t get anywhere else right now.

It’s won me over because it’s much more than a photo library, turning endless swathes of photos into reminders of the actual moments I was capturing, rather than just a neglected, ever-growing collection of images.