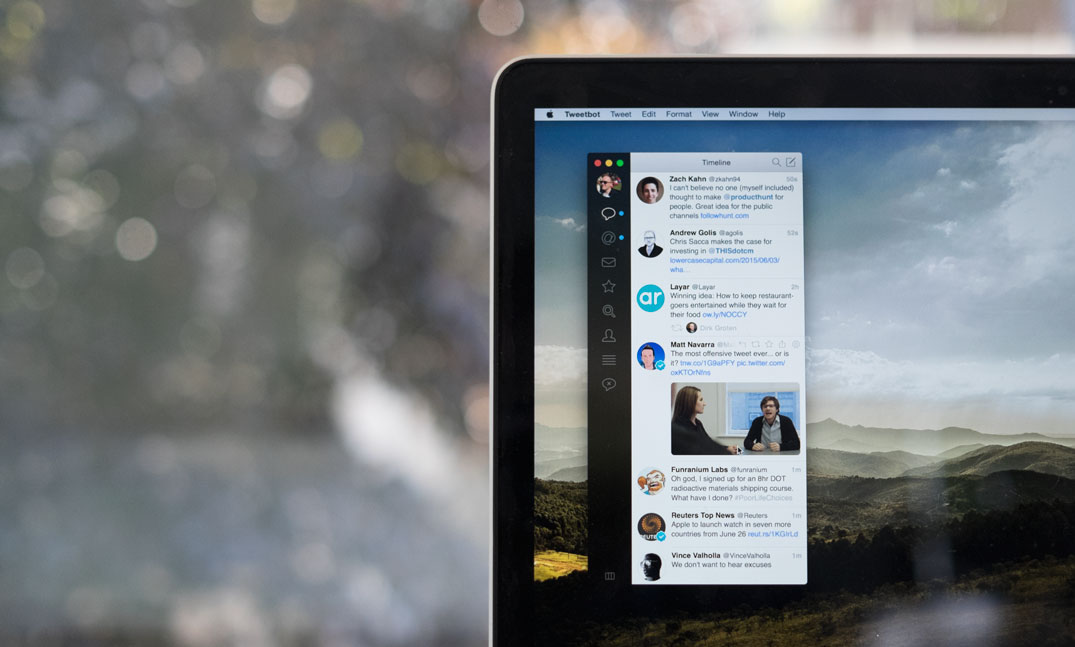 Tweetbot, one of the most popular third-party Twitter apps, has today released a major update for its Mac app, bringing a new design.

Tapbots’ design chops are unmatched and the company has delivered an update that looks as great as Tweetbot for iOS; the new design fits beautifully on Yosemite.

With Tweetbot 2, we finally have a native Twitter client that isn’t awful to use. Twitter’s official app hasn’t been updated for months and still doesn’t support new features on the social network like GIFs, embedded video or group DMs.

Tweetbot 2, however, supports many of Twitter’s new features. You can upload animated GIFs and video, attach your location and share multiple images.

Group DMs aren’t available yet, but Twitter hasn’t released that feature into its API for third-party developers to use yet.

With this update, Tweetbot 2 is the best Twitter app available for Mac users. It’s a pleasure to use, particularly if you’re using it on iOS as well; I’m finally able to drop Twitter’s awful official app entirely.

The update is rolling out right now on the App Store for the lowered price of $12.99, from $20 previously. If you owned Tweetbot previously the update is free.

Note: The update is still rolling out, but if you download the older version it’ll automatically offer to update to the 2.0 version.

Read next: We don't need the quantified cock, men think about their dicks enough already