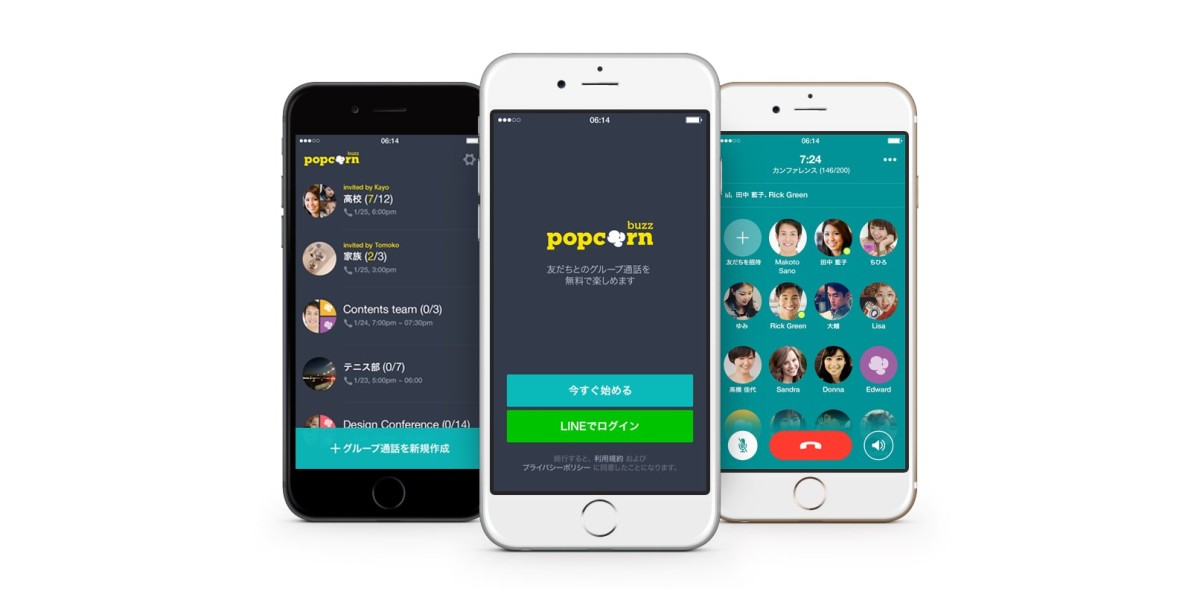 Mobile messaging service Line has launched Popcorn Buzz, a new group call app for Android that lets you talk to up to 200 people simultaneously.

If you’ve got a Line account, you simply send out a group call URL via email, text or on social networks and your contacts can join instantly. During the conversation, users can tell who’s speaking by noting the green dots that appear by their avatars.

Read next: Flipd for Android wants to lock you out of your phone addiction

Read next: The designer of the Firefox logo, Skype's emoji and MailChimp's monkey joins Opera