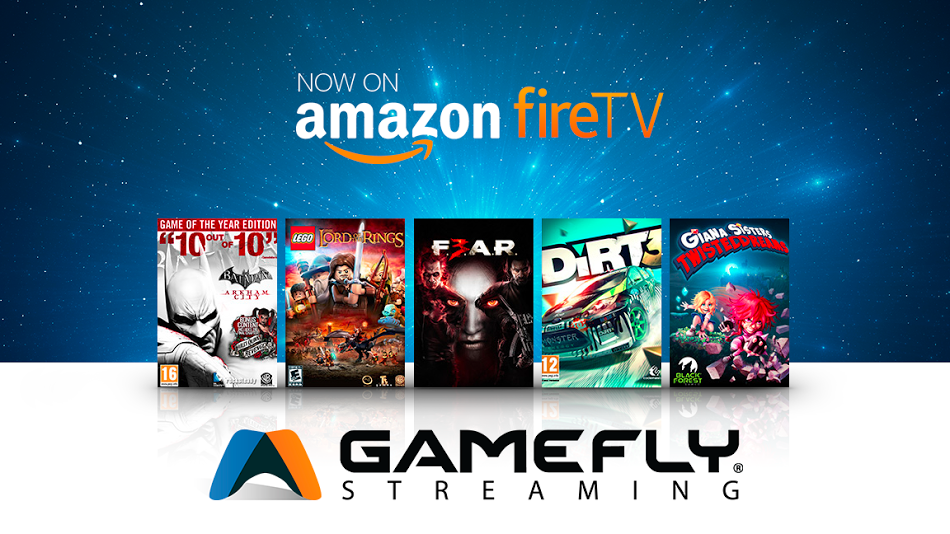 The days of Blockbuster DVD-by-mail rental service may be far behind us, but GameFly is still trucking on with its game rental service. To keep up with the times, GameFly today launched a video game streaming service, exclusively on the Amazon Fire TV.

The service will be available as a monthly subscription with different game packs. At launch, GameFly will offer six packs with varying amount of titles, designed for gamers of all genres and ages.

Details of each packs and the prices are as follow:

All games are optimized to work with the Amazon Fire TV game controller (sold separately from the set-top box). The new streaming service is made possible through GameFly’s acquisition of Israel-based Playcast Media, a cloud gaming service.

GameFly CEO Dave Hodess tells us that he’s excited for the company to move into the cloud gaming space, taking cues from the successes Netflix has had with movies and TV shows.

Despite getting into the movie rental market last year, Hodess says he has no plans for the streaming service to offer movies and TV content, and will instead focus on the game market to evaluate its offering based on popular and user-requested titles.

At this time, no special pricing model is available for current GameFly customers, but Hodess says the company is working to provide users special incentives to try the new service. If your Amazon Fire TV game controller has been sitting around collecting dust, now you’ll have some new content to test out.