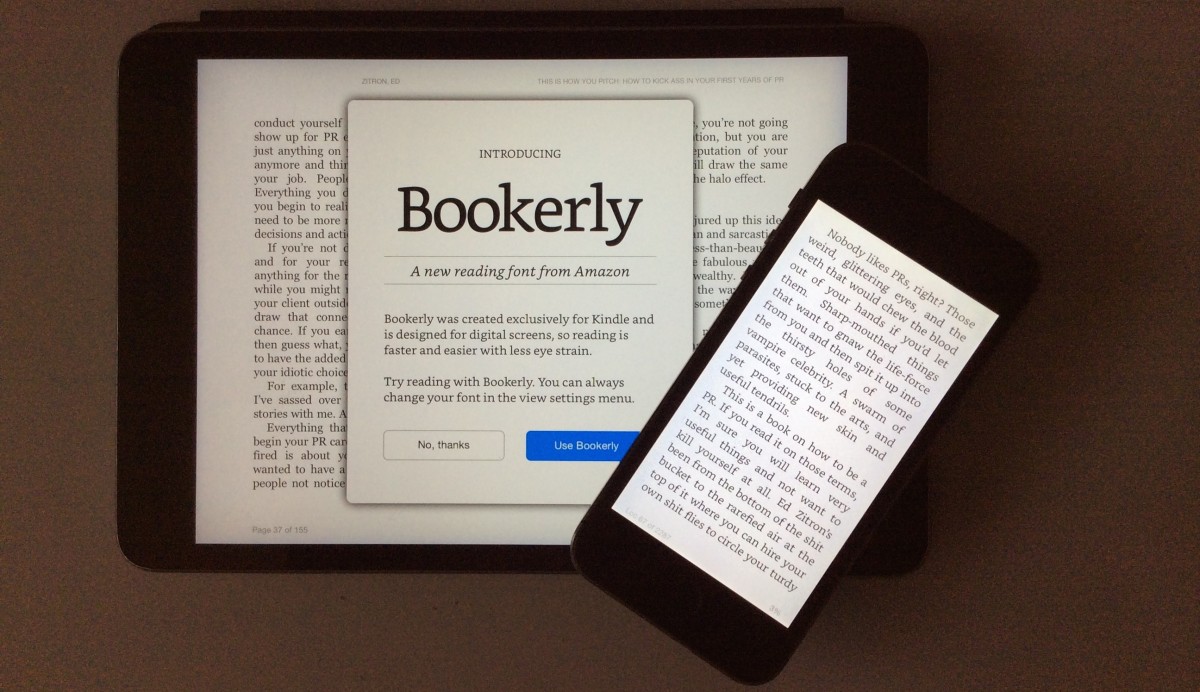 The company quietly introduced Bookerly, “a new Kindle exclusive font designed for reading on digital screens,” on Kindle Fire devices late last year and has been rolling it out across its hardware ever since.

Bookerly replaces Caecilia as the Kindle app’s new default font. It’s a custom made serif typeface, which definitely looks better at first glance than its predecessor, a slab serif that’s more suited to headlines than serving as body text.

Now, it’s made its way onto non-Amazon hardware for the first time with its debut on iOS. It’s joined by a new typesetting engine that the company claims will make drop caps, text and images adapt automatically with a “print-like layout dynamically [adjusting] for any combination of screen size and font setting.”

Sadly, users of Amazon’s Kindle apps on other platforms haven’t received an update yet. Though, if you’re desperate, it’s possible to hunt down a copy of the font online and side-load it onto some devices.

Read next: Inherited type: meet the artist behind the Albert Einstein and Sigmund Freud fonts

Image text credit: This Is How You Pitch – Ed Zitron (US/UK)

Read next: Turn anything on your screen into a playable Super Mario Bros game