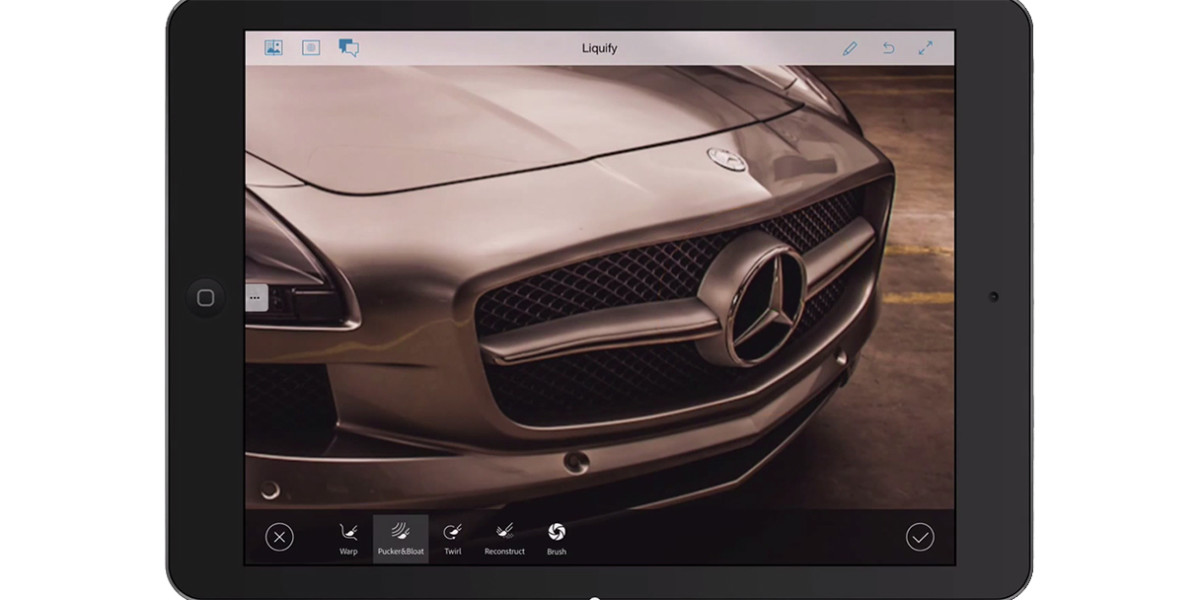 In a notable juxtaposition — one timed to send a distinct message — Adobe communicated some critical intelligence on a topic dear to creative hearts.

Earlier today, Bryan O’Neil Hughes, Adobe’s product manager for digital imaging, announced that the company was discontinuing development of Photoshop Touch, the mobile version of Photoshop for iOS and Android. Adobe has many mobile image editing apps — mostly on the iOS platform — but Touch was the one designed as the cross mobile platform analog to its desktop image editing flagship.

And here’s where it gets interesting. At the same time Photoshop Touch sunsets, a new, code-named app arises, which coincidentally harnesses some killer image editing tech. Based on just the sneak peak, it’s likely that the new app will not be a total replacement for Photoshop Touch, but that Adobe will rely on its arsenal of mobile apps — especially the recent Photoshop Mix — for specific tasks.

A video sneak peak is embedded at the bottom of Hughes’ post, which covers the array of Adobe mobile creative apps, including a demo of a retouching app Adobe is calling Project Rigel, due out later this year.

With it, Hughes demos how photographers would edit a 50.3 megapixel Canon 5DS photo on an iPad. The video zeroes into the speed of the app. We get a sense of its ease of use and fluidity in zooming into high-resolution shots and making edits with the healing, clone, liquify, vignette and other tools, and using features like before-and-after comparisons and instant commits. Said Hughes:

Helping you find success quickly means giving you the right tools for the job and the very best technology and access. When we introduced Photoshop Touch several years ago, it was an all-in-one solution that mirrored the desktop version of Photoshop. But today, we believe that our new mobile solutions, when connected together and to the desktop, vastly expand creative possibilities.

Not surprisingly, and not for the first time, Android users were left shaking their heads at another high-profile demo on the iPad. But this time Hughes had them covered.

Photoshop Touch was available across platforms and so I’d like to leave all of you on Android with some good news – we’re actively developing new mobile applications for Android and will share those with you very soon.

Many people will likely be unhappy with the demise of Photoshop Touch. It was long awaited, and accessible to huge number of people. It was not part of Adobe’s Creative Cloud, but rather maintained its own access and pricing scheme.

Adobe also clarified the conditions under which the new app will be made available: Like Photoshop Mix, the new Project Rigel will be available free as part of the “Adobe ecosystem” and will not depend on having a paid Creative Cloud subscription. Instead, users will be required only to have an Adobe ID for log-in purposes and to save and access their work on the server.

Read next: Microsoft's Sway joins Office 365 with new languages and features in tow