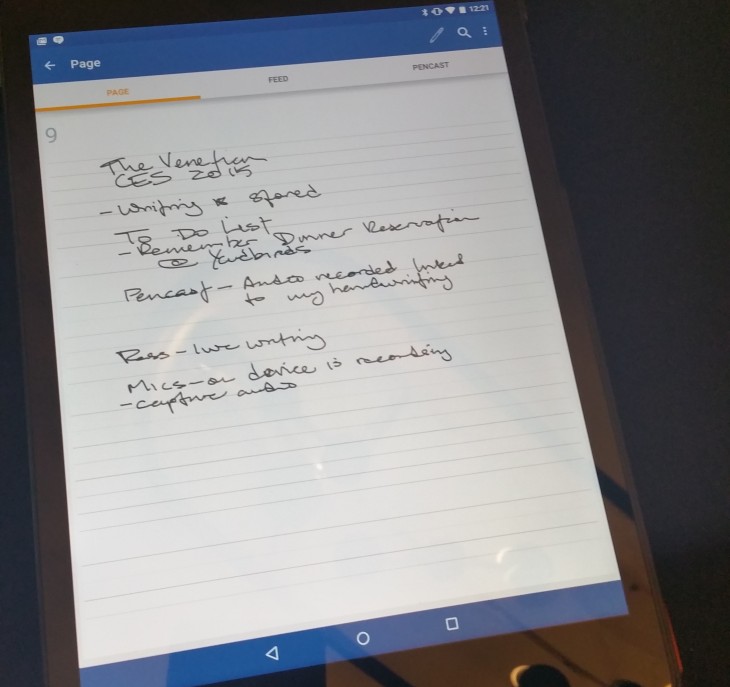 Earlier this year we had an early look at Livescribe’s new Android app which was available in preview form and it’s now arrived for all to download.

The new mobile app allows Android users to use the Livescribe smartpen to transcribe notes directly to their devices. The company has also launched a second app called Livescribe Link to manage the link between pen and phone.

The Android app does everything its iOS counterpart can, except for automatically sending notes to Evernote and OneNote. The company says that functionality will be added in a future update.

In the future, Livescribe plans to launch an Android SDK in the future so that third-party apps can tap into the pen’s capabilities.