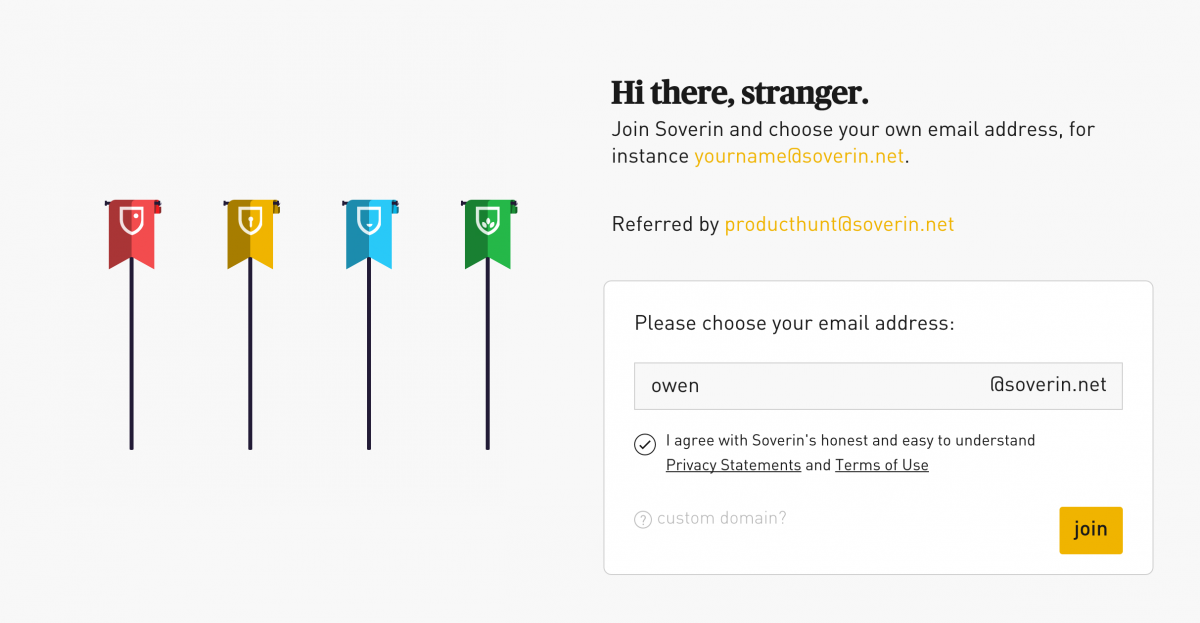 If you’re a user of the Gmail or Outlook free email services, you’re likely at least a little aware that Google and Microsoft are using information from your inbox to target the ads you see.

Soverin, a new startup based in Amsterdam, has launched an email service that promises to keep your data private and not sell your information for ads.

The service, which starts at €29 per year and is hosted out of data centers in the Netherlands, offers 25GB of storage and works with almost any email client you might already be using– including on iOS and Android — thanks to full IMAP support.

Jons Janssens, founder of Soverin, told TNW that the company set out to build an email offering that helps normal people understand why privacy is important and how using “free” apps affects their data.

Soverin doesn’t encrypt your data on disk like the ill-fated Lavabit did, because it’s not really what the company is focusing on. Instead, it wants to provide a decent alternative to the Google and Microsoft’s free services that are so pervasive.

I tested Soverin and found the Web interface to be easy to use and visually appealing, but perhaps a little basic. That said it’s early days for the company right now, so for a version one product it’s impressive. For the most part you’re probably going to use your own email client anyway.

As for the future, the company has plans to make it easier for people to understand the privacy issues around email.

We asked Janssens why Soverin doesn’t provide tools for encrypting email, like PGP, and he said that the company has plans to build encrypted messaging in, but wants to avoid using any technical phrases like “encryption” that would scare off the average user.

For example, Soverin is mulling a family pack that allows you to add multiple inboxes to your account. All emails to those users stays inside the company’s infrastructure, ensuring they’re not read by outsiders.

Janssens says that Soverin is different from services like Proton Mail, which promises end-to-end email encryption, because it’s more approachable and helps make normal people more aware of what’s happening with their emails.

You can use Soverin for free for a month, after that it’ll cost €29 per year or €39 if you want to use a custom domain.

Read next: This video with the real-life Siri shows you what life would be like if she was your mom