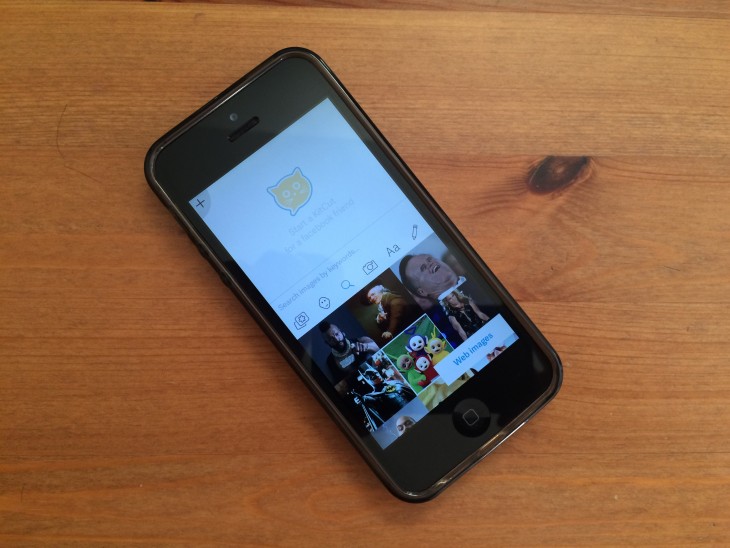 KitCut is an iOS app that lets you make a mashup of your photos, doodles and text in one message and it is already integrated into Facebook Messenger.

Released today, it lets you use cutouts from several pictures from your phone or the Web (or you can use the ready-made templates) to make a funny image easily.

I discovered this app through a creative pitch in response to a tweet I sent after returning from the TNW Conference in Amsterdam.

I think I have developed an addiction to stroopwafels… #SOS

The KitCut team were quick off the mark, sending me this:

So you get the idea of what KitCut can do, but you could also use it to make a more serious image… if jokes aren’t your thing.

You can search images on the Web by keyword, but KitCut will pick up on what you’ve typed and give you relevant images based on that anyway.

Once you’ve typed what you want, you can send your picture and message to anyone on Facebook through the app.

All in all, it’s a quirky and quick way to add some life to your Facebook messages without a whole lot of effort. And with the millions of users on the Messenger app already, it’s set itself up for a promising future.