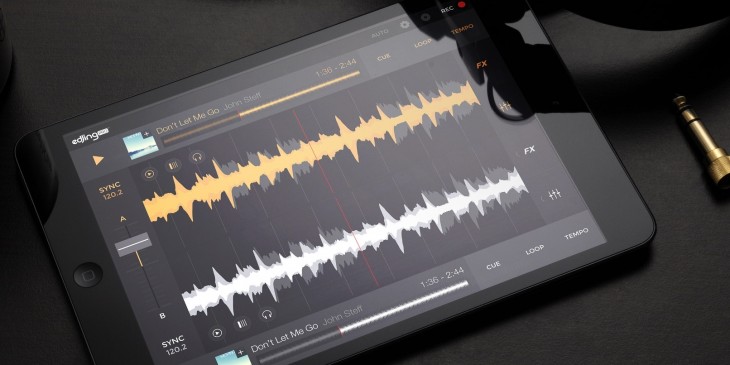 DJIT, the company behind the DJ mixing app Edjing, has announced a ‘Pro’ version of the app aimed at users who want more granular control over their mixes.

The new version has a variety of different audio effects – as you’d hope – and will automatically synchronize them with the rhythm of the track. There’s also effect synchonization and more control over features like the Pitch setting mode.

You can also do things like set a custom crossfader curve, so if you like your tracks to cut in with minimal movement, you can now apply that setting.

Along with introducing new features, the interface has been given a bit of an overhaul aimed at giving you easy access to the most needed features. And if your own music collection is a bit lacking, you can stream tracks from SoundCloud or Deezer.

Edjing Pro is available for iOS 7 devices and newer or Android devices version running version 4 or newer. Both are available at an introductory rate of $7.99, rising to $14.99 when the promotion ends.

Read next: Edjing’s wireless crossfader will give DJs even more control, even fewer reasons to own turntables

Read next: Deliveroo expands its food delivery service to France and Germany