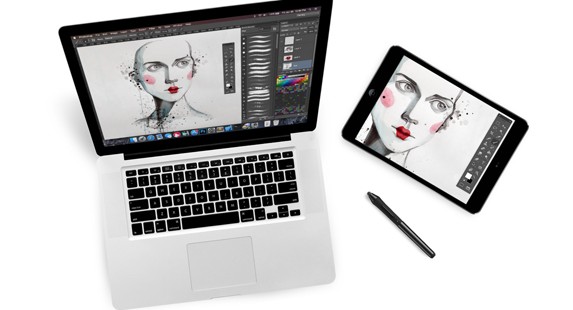 Despite that February is a short month, there’s been a veritable explosion of new iPhone and iPad apps. In fact, iOS users have been kept super busy trying out everything from social networking and games to some awesome photography and artistic debuts. Here’s 10 of our favorites.

Vurb is a handy search tool that aims to consolidate, simplify and make a multitude of disparate results easy to summarize in an easy-to-view card interface. Easily shared cards not only remove lists of links, but prevent you from having to switch between apps for bits of information.

Each of Vurb’s summarized cards contain an overview of the most important information for an item and you can create decks of items to save or share with friends.

Tworlds is a free iPhone app that connects people in disparate locations who are doing or thinking about the same thing at the same time, and recording that thought with the device’s camera.

Comparing a moment in time with a random stranger is an amusing and safe way to share private thoughts and feelings — even negative sensations of sorrow, anger or insomnia.

When life gets dull, Dull can make it interesting again. The app lets you subscribe to, and endlessly scroll through, streams of interesting stuff like animated GIFs, news stories, funny videos and music. It’s your go-to place for killing time.

Instead of creating yet another sketch app, Adonit has positioned Forge as a visual brainstorming tool to help creative folk with the design process. Stack and layer drafts, focus in on a single iteration and then survey all your drafts on a “wall.”

Forge will not create a finished drawing; rather, it allows users to work through multiple iterations of an idea, and then share that idea with team members until you’re ready to finalize a design.

Pop makes having an expressive conversations via video as easy as sending a text message. Pop’s messages can last up to five seconds and be replayed as many times as you like.

If you like an old message, you can hear it again with a simple swipe.

While we tend to concentrate on productivity and creativity, occasionally a game will catch our eye. The controls are easy – tap to jump, tap and hold for backflips.

The snowboarding runner showcases an attention to detail that really sucks you into the game’s 2D world of inclement weather — not to mention, escaping llamas.

Nutshell is an iPhone app that turns your photos into mini-movies. Just snap three photos with Nutshell, and it will animate them into a sequence.

Astropad for iPad literally mirrors your Mac desktop via Wi-Fi or USB, letting you sync your iPad’s drawing or painting app directly with your Mac. Astropad works with several popular brands of pressure-sensitive pens to create a pro-level drawing tablet for illustration, sketching, painting and photo editing.

You need both apps running at the same time: one for the iPad running iOS 8 and the other for the Mac running Mavericks or later.

Darkroom, like Apple’s Photos app for iPhone, lets you edit photos, but not shoot them. It also doesn’t require you to manually add photos to the library every time you take them. Darkroom comes with image filters, but its advanced controls, like direct editing of RGB curves (in-app purchase required) and an advanced history mode, reveal its true strengths.

With a drag of the slider to adjust brightness, contrast, saturation and more, you can tweak your photos without damaging the original images.

PaintCan, a dedicated painting app for iPad, is targeted to creatively inclined non-artists who have neither the time nor the skill to express themselves through painting.

PaintCan gives you both preset and manual controls for altering existing photos and uses smart brushes that pick up a source image’s underlying colors and composition to generate brush strokes. These can be applied automatically via presets or you can choose brushstrokes from the manual menu.

Read next: 10 of the best new and updated Android apps from February 2015