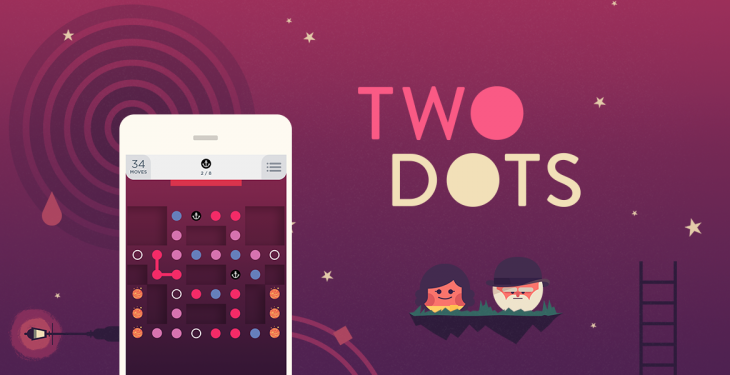 I’ve a confession to make. In between publishing posts, responding to emails at work and bantering with my teammates, when my brain feels a bit fried, I turn to TwoDots to take my mind off reality. The sequel to the beautifully minimalistic mobile game Dots, TwoDots is an adorably addictive adventure where you not only connect the dots to gain points, but go through a series of goals for each level to move forward.

Compound this with a fun soundtrack and a mid-century modern aesthetic, TwoDots is one of my favorite gaming apps of the year. Although many people will find the five lives limit (with one life replenished every 20 minutes) frustrating, I actually think it’s great for portion control – especially when I use it as a stress reliever at work.

Sometimes, it’s even motivating. Get your stuff done, answer a few emails, and then you get to play a round of TwoDots. It’s an odd way of rewarding myself for productivity – but everyone needs to figure out their own methods.

The only downfall? I own TwoDots on Android, and apparently the levels are not synched up with the iOS version. Hopefully, 2015 will bring updates so that both versions of the game offer the same amount of levels. Until then, you can also play via Facebook and beat your friends’ high scores.

Now if you’ll excuse me, I think one new life just got added back…

Read next: Quicket can now show friends on the same flight from LinkedIn, Twitter and Google+