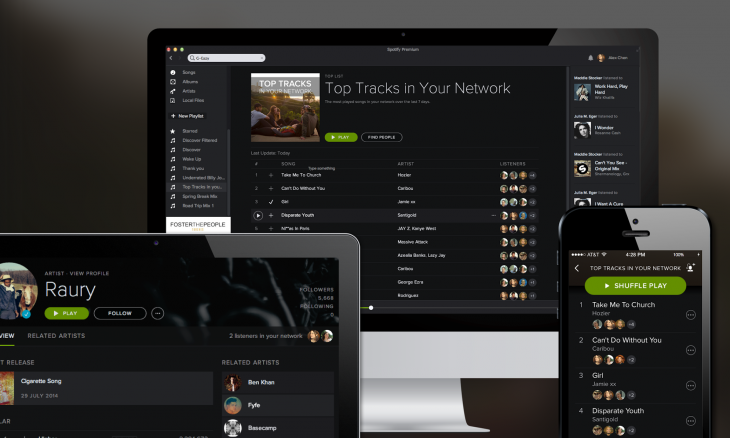 Spotify is rolling out a new feature today that allows users to keep abreast of their friends’ favorite tracks from the catalog of millions of songs.

While Spotify has allowed you to see what your friends are listening to for quite some time, the new feature, eloquently called ‘Top Tracks in Your Network’, does exactly as its name suggests – it surfaces the songs your friends have listened to most over the last seven days. Next to each song in this chart is a drop-down list of the people that have been listening to it.

The feature has been integrated across artist and album pages too, so browsing through individual artist pages will show you who has been listening to it from your network. The Top Tracks in Your Network feature is rolling out today for iOS and Android devices (desktop to follow), whereas the updated album and artist pages are only available on the desktop for now – a mobile update is scheduled to arrive “soon”.