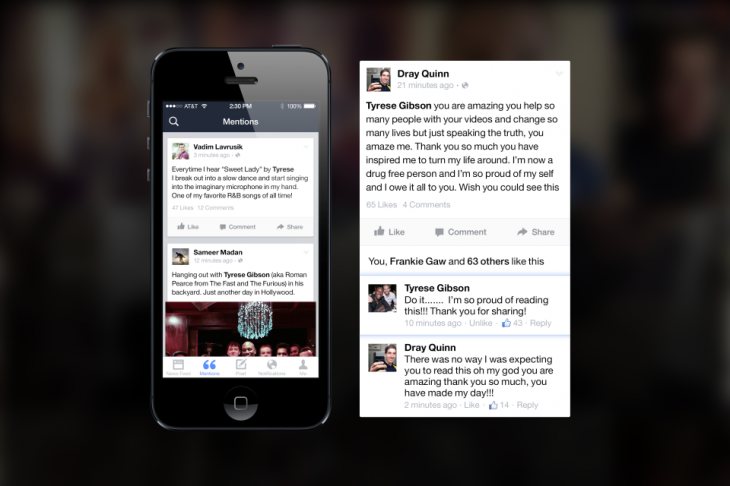 When you were a kid watching William Shatner/Captain Kirk charm his way through the galaxy, did you ever wonder what the future would look like? Well, that future is here, and it includes Shatner reviewing a Facebook app on his new Yahoo-owned Tumblr page.

Normally, we’d be posting our own review, but Facebook’s new Mentions app is only for “actors, athletes, musicians” and other public figures. Thankfully, Shatner considers himself “in the best position to compare” Mentions to the existing Facebook and Facebook Pages apps. Of course, there’s always the possibility that Shatner’s social media manager ghost-wrote this, but the review is still worth noting.

When you install the Mentions App you cannot proceed further until you follow another one of their other ‘celebrity’ accounts.  The first person on the list I was given was George Takei (rolling my eyes.)  I ended up choosing Robert Downey Jr. to follow and then I hid his posts (sorry Robert!)  I think that is a big flaw in the set up.  If this app is for celebrities then WHYforce them to follow another celebrity in order to set up this app?  I think that is a flaw; I’m already following those who I want to follow – why insist I follow that short list of others?

We’ll let you read the rest of the review yourself, but the short version is that Shatner found the new app to be “ill-conceived.” He says he plans to “probably use it” to post from his phone, but it won’t replace Facebook’s other apps.

Read next: Microsoft earnings confirm that it decided not to ship a 'new form factor' Surface