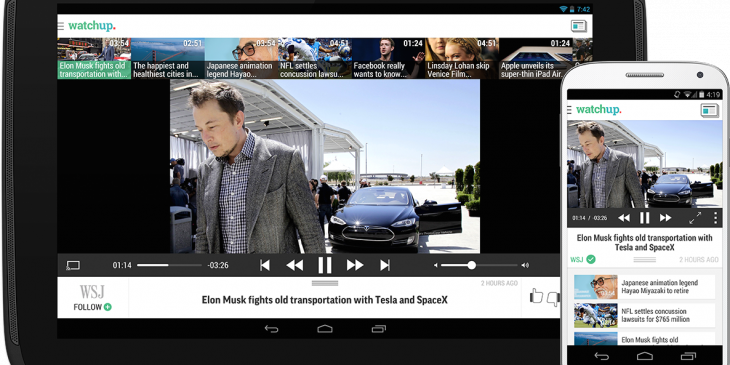 The app offers channels of news-related video content from a range of publishers. As you watch, Watchup learns what you like and compiles a daily newscast with recommended videos.

Watchup announced the news at the Turner/Warner Bros. Media Camp demo day. The startup recently rolled out a premium service in partnership with The Wall Street Journal, Euronews, Sky News, TheStreet.com, The Washington Post, Fox News and Fox Business. In addition to Turner’s Media Camp, Watchup is backed by Stanford-StartX and Microsoft Ventures.

Read next: Wanted: Silicon Valley minds to think up new ways of getting information into North Korea