File-hosting service MediaFire has launched its online storage service for iPad users. The latest launch comes some six months after the Texas-based company launched a Dropbox-style desktop application for Mac and Windows users too. 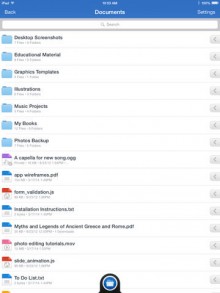 The updated ‘universal’ iOS app now lets you access and stream all your files directly from MediaFire’s servers on your Apple tablet as well as your iPhone, with additional enhancements including better video-streaming and a retina-optimized interface.

Users get 10GB for free each month, but there is currently a fifty percent discount on all paid storage plans, meaning you can get 1TB for $2.49 each month, or up to 100TB for $24.99 per month.