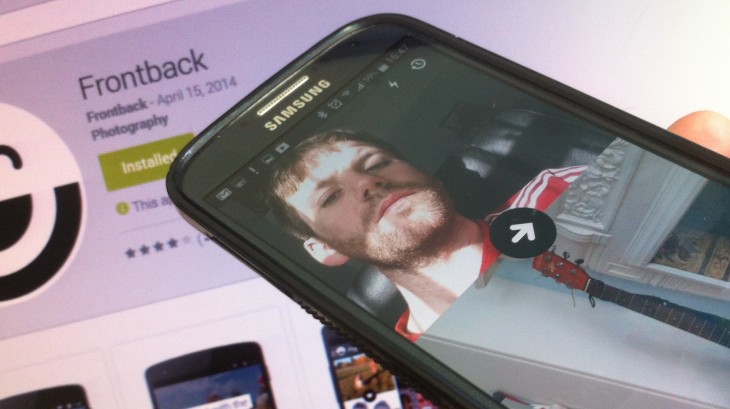 More than eight months after it first launched on iOS, Frontback is finally bringing its photo-sharing app to Android too.

The core raison d’être of Frontback is simple – it lets you snap a picture with both the front- and rear-facing cameras, and then stick them together in a single image. You can also add short messages, mention friends you’re with and include hashtags, then share across all the usual social outlets.

While the Android version is more or less the same as the iOS incarnation, there is a brand-new feature in tow here – offline mode. This means you can capture photos sans Internet, then all your two-way snaps will be posted to Frontback when a connection is established. This feature will be coming to iOS shortly too.

Frontback passed the one-million downloads milestone back in March, and it doubled its entire user base in the past two months alone. Now it’s available for Android, we can likely expect this growth to shoot through the ceiling.