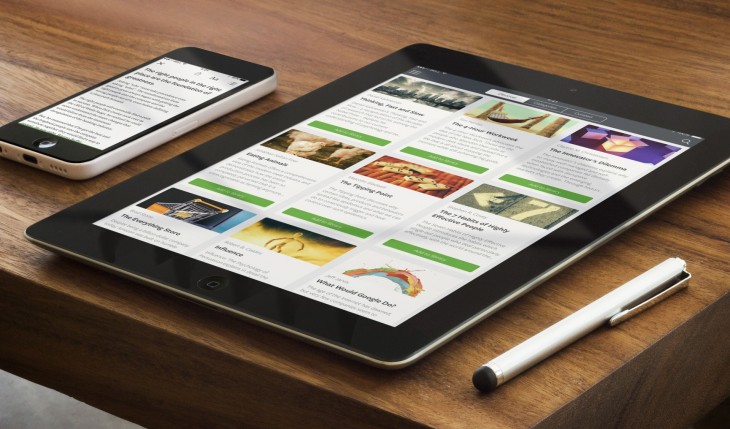 We brought you news on Blinkist back in January, a subscription service that helps you get to grips with books in fifteen minutes. It’s all about manual curation and condensing, as field experts with a passion for explaining complex matters provide abridged versions of non-fiction titles that can be read quickly.

Thus far, Blinkist has only been available via the Web and iPhone/iPod touch, but with its latest update it now comes optimized for iPad too.

Given the manual approach to populating Blinkist, at the time of writing it only features around 220 books, though it’s now adding 35 new releases each month – up from 20-per-month back in January. And although Holger Seim, co-founder and CEO of Blinkist, tells us that they’ve tripled their user base this last quarter, and have increased their revenue five-fold. Though of course, without the exactly user numbers or dollar amounts, it’s difficult to know exactly how popular Blinkist is proving.

To give you an idea of what kind of books you can read in 15 minutes, there’s everything from Popular Science and Business & Career, to Entrepreneurship and Health & Happiness. This includes Richard Dawkins’ The Greatest Show on Earth, Barack Obama’s The Audacity of Hope, and the 2005 classic Freakonomics.

As for Android, well, we were previously told it would become a priority as soon as the iPad incarnation was out, so we can hopefully now expect that by the middle of the year.

Related read: Word up: 16 apps to help you read on the move

Read next: Cut the Rope 2 arrives on Android, as franchise downloads top 500 million