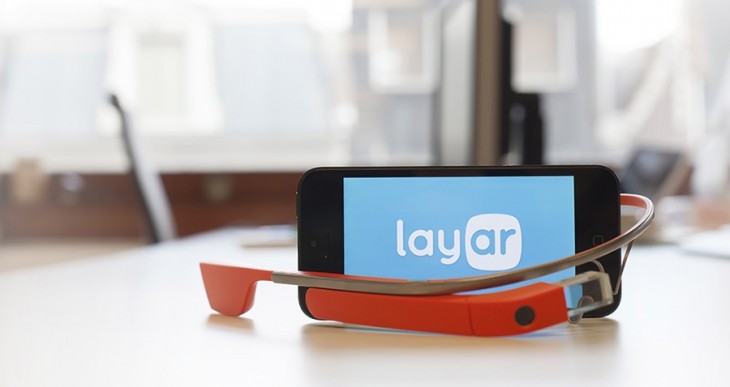 Augmented reality and wearable technology go hand-in-hand, so it’s with not too much surprise that we’ve just learnt that Layar‘s augmented reality app is now available to download for Google Glass.

Admittedly, there’s not too many people in the world that can download it right now — given that Glass still isn’t freely available to buy today — but if you are interested, you’ll need to jump through these hoops as it’s still a beta and as such isn’t available via the official Glassware catalogue.

The Layar Glass app can be used to view any of the existing AR and interactive print content on the platform, whether that’s browsing one of the 6,000 Geo Layers, to viewing movie trailers right from the poster or accessing extra content hidden away in magazines.

Naturally, it’s voice activated too, so saying “Ok Glass, scan this” is all you need to do to scan the content, or a QR code associated with Layar content.

“We quickly realized that in order to provide a truly useful experience on Glass, we needed to radically rethink our UI and optimize our technology for this new platform,” Layar CTO Dirk Groten said. “We didn’t just port Layar to Glass, but put in a tremendous amount of effort to create a dedicated app that feels like a first-class citizen on Glass.”

The result of this effort is that tapping on the side of Google Glass while looking at a Geo Layer lets users select an item, or you can browse other items by scrolling side-to-side — another change driven by the desire to “match the UI of Glass”, the company said. Additionally, by performing a two-finger tap while viewing interactive print content, Glass will switch from the augmented reality camera view to a ‘fullscreen view’, to give you more screen real-estate.

Nonetheless, this is only a beta launch, so we can expect new features and future refinements based on user feedback in later iterations of the app. Layar isn’t alone either. UK-based AR company Blippar showed off the first live demo of its Google Glass app at MWC this year.

Who knows, Google Glass might even be available to buy by the time Layar for Glass drops the beta tag.