Wonder PL, otherwise known as simply ‘Wonder’, is a new platform for hosting lifestyle-oriented video content that wants to take on Vimeo and YouTube at their own game. 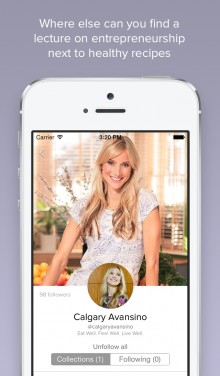 It’s not just cash either. Ahead of launch Wonder lined up content partners in the form of Space NK, The National Film Board of Canada, Universal Music Group, House & Gardens, Tom Aikens and Epidemic Sound among others, to ensure there’s plenty of content from the get-go.

Nonetheless, Wonder can’t target that audience without stepping on Vimeo’s or YouTube’s toes in some way. To compete with these bigger rivals, the company said it did its research, surveyed film makers and drew up a shortlist of must-have features: storage, editing tools and a customisable player, swift uploads, and a sizeable platform so that creators can actually reach their audience.

With today’s launch, Wonder is promising the former and aiming to build the latter – all at a cost to content producers of $300 per year. The app is gratis. 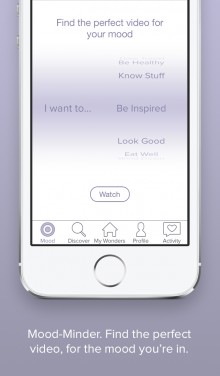 Among the feature list for creators is full HD video support, a customizable embeddable player and channel pages, and data-driven programming that the company claims enables creators to target viewers more effectively. There’s also a host of royalty-free music provided by Epidemic Sound and ‘click-to-purchase’ and ‘click-to-learn-more’ options on the videos to drive traffic to the content provider’s own site.

The company says that current video advertising detracts from the overall experience and that pre-roll ads, pop-ups and web-skins don’t work, and as such, won’t appear anywhere on Wonder.

On the user-side of things, you can follow certain channels, add items to your favorites, share videos with friends, and browse videos based on categories, your mood or use the curated ‘Discovery’ tab. Check out the full video for more details.

The app is only available for iOS devices for now, but we’re told that an Android version is already in the works.

And if you’re wondering what ‘Wonder PL’ stands for it’s ‘Wonder Place’. A spokesman told us that the term ‘Wonder’ was too generic to be trademarked.

Read next: Steller is a beautiful visual storytelling app, similar to Storehouse, but for your iPhone instead