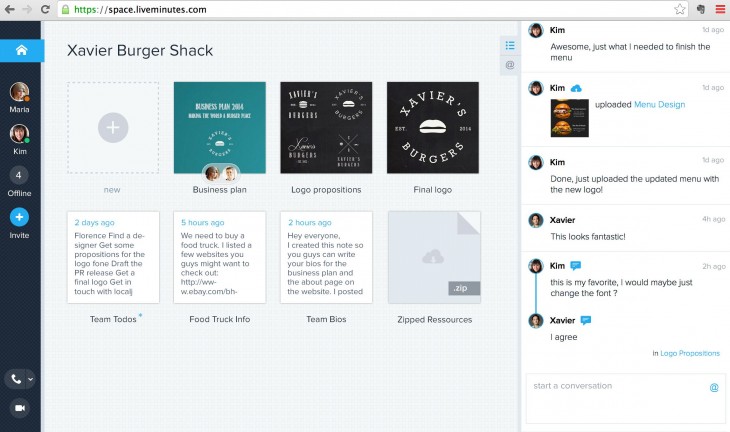 LiveMinutes, the collaborative productivity service for enterprise, has rolled out a redesigned Web app featuring a new activity feed and Evernote integration that’s all about real-time.

The San Francisco-based company unveiled its platform last year, serving up a tool that lets companies create workspaces to collaborate around documents such as PDFs, Office files, PSDs and more. It was also underpinned by HTML5 and WebRTC, meaning that it could support conference calls via the Web, Skype and more.

Although Evernote integration was already a core facet, it omitted real-time, collaborative editing a-la Google Docs, something that has been remedied with this latest launch. Users can import their notes from Evernote, view real-time edits with other team members and sync back to Evernote. And with the new activity feed in tow, this lets teams track everything that’s happened across all documents, displaying an interactive timeline of all projects.