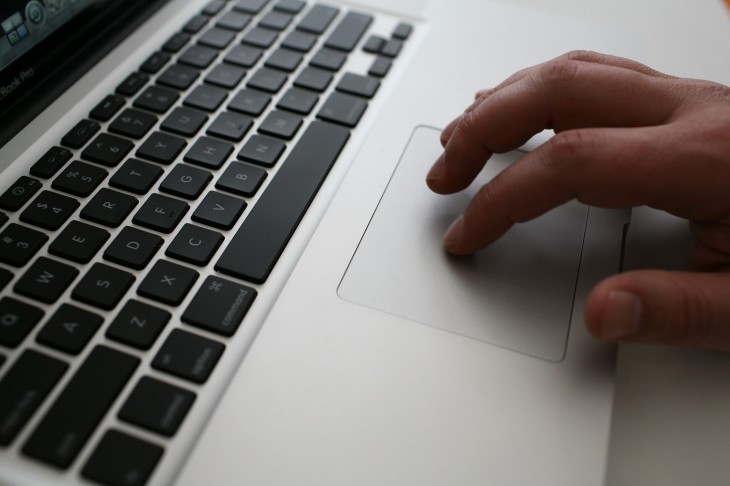 If you own a Mac, there are plenty of word processors to choose from. Whether you’re penning a research paper for college, a report for your boss or your next bestselling novel, there’s an app that’ll help you get the job done.

To make your life just a little bit easier, we’ve drawn up a list of our favorite writing apps for Apple’s desktop operating system.

Byword is the app that I use to write almost all of my articles at TNW. I wanted a word processor for Mac that was fast, lightweight and beautiful to look at. Since I grabbed it from the Mac App Store, I’ve never looked back.

The minimalist design is timeless; I prefer the light color scheme, although I’ve switched to the dark one for a few night-time writing sessions. The typefaces are stellar and the three text width options offer some flexibility for different writing styles. I enjoy crafting news stories with the narrow setting – it reminds me of the column width used in newspapers – but usually revert back to the medium and wide options for long-form pieces.

Documents can be written in Markdown, a plain text formatting syntax created by John Gruber, or rich text, before being saved locally or to an iCloud account. The app also offers a full screen mode, which gives you a distraction-free space for when you need to hit deadlines.

iA Writer is similar to Byword, with a minimalist design that prioritizes a clean, focused writing experience over advanced formatting features. It’s difficult to recommend one over the other, as they’re both tremendous word processing apps. You’ll be happy with either one, although it’s worth experimenting with both to see which one suits your writing style and workflow best.

iA Writer has a few special tricks that are worth considering, such as Focus Mode, which dims everything but the last three lines that you’ve been working on. The app also supports Markdown formatting, which you can preview at any time in a separate window.

I’m also a fan of Reading Time, which shows not only your word and character count, but how long it would take for an average person to read your completed text. Documents can be saved to iCloud and also exported as a Microsoft Word, PDF, HMTL and .docx file for Pages.

I’m fairly invested in Google’s expansive portfolio of products and services, which makes it all the more difficult to ignore Google Drive. A cloud-based storage solution and a set of productivity apps all rolled into one, it’s never more than a few clicks away – especially if you’re a Chrome user.

Its accessibility and non-existent price-tag is what makes Google Docs such a compelling word processor. Regardless of what device you’re on, you can just navigate to your Drive and begin typing straight away. You don’t have to worry about native apps and all of your progress is saved and synced automatically.

I’m often in a rush and need to save some text so that I can pick it up later on another device. While plenty of services solve this problem, Google Docs is the one that I often fall back on. As a word processor it’s also incredibly capable, offering most of the features found in Microsoft Word.

Best of all, it’s completely free.

If you’re writing a dissertation, novel or script, it can be difficult to organize your workflow. References, notes and ideas are often contained in separate documents, which result in a long-winded back-and-forth scenario while you write. In short, it’s just not very productive or intuitive.

Scrivener cleans up this mess with a well-designed, straightforward interface tailored to anyone working on a long-form piece of text. The app’s document hierarchy is shown on the left, split into three default folders called Draft, Research and Trash. Draft allows you to split your document into separate sections or chapters, before compiling them into one long document at the end. Media, meanwhile, supports a wide variety of file types for you to reference as you write, similar to Evernote, and Trash is pretty self-explanatory.

The right-hand side of the app is the main text editor, which you can use to change the current file. There aren’t many formatting options though: Scrivener recommends that you take your finished draft into another word processor, such as Pages or Microsoft Word, for final adjustments.

Scrivener has a fairly difficult learning curve and some advanced features that many writers shy away from. Storyist is a popular alternative that offers a similar experience – the ability to write and review multiple documents in a single window – but with a simpler design to wrap your head around.

It’s geared heavily towards novelists and screenwriters though, which could be a problem if you’re writing for another purpose. In the left-hand panel you can create and edit your stage play, manuscript and film script pages, as well as unformatted text files. There’s also space to detail all of your characters, plot points, locations and any research that you’ll be referring to.

If you’re an aspiring author, or participating in National Novel Writing Month, this is a good place to start. For $59 it’s a serious investment, but unlike Scrivener, Storyist also offers an iPhone and iPad app for $9.99 extra.

Head to the next page for more…

WriteRoom was one of the first apps to offer a sparse, distraction-free writing experience for Mac owners. While there are plenty of alternatives to choose from nowadays – Byword and iA Writer are both excellent – WriteRoom still holds its own as a simple, minimalist word processor.

The app offers a few different themes, of which some are more useful than others. TextEdit replicates Apple’s stock bare-bones word processor, while Terminal grants you the classic green on black coding aesthetic. The stock WriteRoom theme should cater to most needs, however, and it’s also possible to edit each look with new sounds, page and background colors.

The app supports a dizzying array of shortcuts for selecting and editing specific words, sentences and paragraphs, as well as shifting lines up, down, left and right. You can also write with any font stored on your Mac, which should appeal to typography enthusiasts.

Need an alternative? Try Bean and Apple’s own TextEdit app.

Simplenote was built in 2008 to replace the yellow jotter-style notes app that Apple pre-installed with every iOS device. Creators Mike Johnston and Fred Cheng left the service for two years to work on Simperium, before returning to Simplenote with a brand new set of apps in September last year.

In addition to its iOS and Web incarnations, Simplenote was now available as a native Android and Mac app. That cross-platform support is why Simplenote is one of our favorite word processors for Apple’s desktop hardware.

It’s free to download from the Mac App Store and lets you catalog your documents with simple tags underneath each note. Simplenote is lightweight – similar to Byword and iA Writer – but builds on that foundation with a sidebar and search field on the left-hand side. Simplenote is elegant and well-suited for quick drafts – but don’t expect it to compete with a full-blown word processor such as Microsoft Word or Pages.

When Apple announced the latest version of Pages, I was taken aback. I loved using the app as a replacement for Microsoft Word; a full-blown word processor for when an app such as WriteRoom or Byword just didn’t cut it.

But Apple had decided to go in the other direction, stripping out some of the app’s more advanced features, such as the ability to duplicate, delete and manage pages, use bookmarks, and import/export .rtf files.

But I’ve grown to accept this reimagined Pages app. Documents can now be edited from the iOS version, as well as from icloud.com on any browser. It’s easier to share files via Messages or the Mail app and the formatting pane is easier and faster to use. Removed features are always a disappointment, but Pages is still a formidable word processor.

Evernote is my personal organizer. It’s the most powerful and versatile note-taking app that I’ve ever used, providing a single repository for all of my thoughts, projects and to-do lists. The design is fantastic and filled with functionality, making it easy to tag, search and share notes.

On the Mac, it’s also possible to use Evernote as a word processor, similar to Simplenote. The app supports basic formatting, such as font and size changes, bolding, italicizing and underlining. By accessing your note info (the “i” in the top right-hand corner of the app) you can also review your word and character count.

For a distraction-free writing experience similar to Byword or WriteRoom, I also recommend opening your current note in a separate window, before hiding the rest of the Evernote client. The app isn’t designed to be a standalone word processor, but if you’re saving all of your work in Evernote anyway, it’s a useful weapon to have in your arsenal.

While I’ve never been much of a fan, Microsoft Word still has a huge following. It’s the industry standard for word processors, used by countless businesses, students and families around the world. Walk into any office and someone, somewhere will probably have it installed on their machine.

So when all else fails, you can fall back on Microsoft Word. The latest version of Office for Mac isn’t cheap (Office 365 is an alternative payment option) but it’s one of the most reliable and fully-featured word processors available.

Read next: China's Internet population hit 618 million at the end of 2013, with 81% connecting via mobile