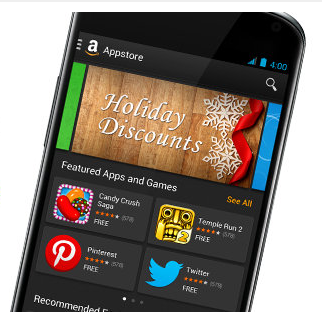 Amazon is stepping up its efforts to woo new customers this Christmas after announcing it will give $5 of credit for its app store to Android users who download a game or app from the Amazon Appstore between now and December 28.

The offer is good for existing or new users of the latest version (7.5) of the store — the company says it contains over 100,000 apps and games, which are available for its Kindle devices as well as regular Android smartphones and tablets.

This year has been a major one for Amazon’s tablet business after it introduced the much-praised the Kindle Fire HDX range, complete with an HDX display and Mayday tech support button, which lets users summon Amazon tech support staff.

Read next: Whistleblower Edward Snowden says he's working to improve the NSA and his mission is accomplished