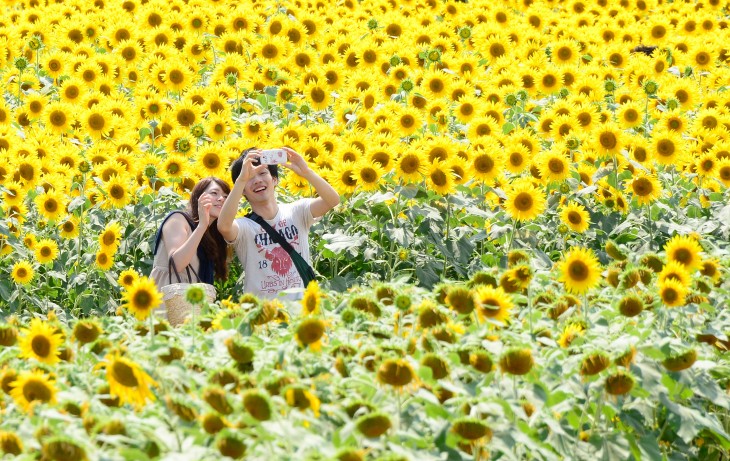 There is an abundance of mobile photography apps designed to help you shoot, edit and publish the images that you capture every day with your smartphone or tablet. Few, however, deal with photo albums or large-scale photo sharing. More often than not, sharing now means posting the most recent image on your camera roll to Instagram, Twitter or Facebook; it lives in isolation with little context and is quickly buried under subsequent photos.

What if an app could take your photos, as well as those captured by your friends, and create contextual photo albums automatically?

That’s the premise behind Shoto, a new iOS and Android app launching today. It automatically stores all of the photos that you shoot during a particularly significant or memorable moment: a holiday in Paris, that Sunday afternoon on the beach, or the outrageous bar crawl from last Friday night, and organizes them all into accessible albums.

By analyzing the GPS data and the time stamp attributed to each image, Shoto can ring-fence albums with a frightening degree of accuracy. If you’re driving down a deserted highway for example, Shoto will analyze the distance and time accrued between each shot, recognize that they’re part of the same road trip, and automatically group them together.

Unlike services such as Foursquare, the app automates this process from start to finish. You don’t need to check-in anywhere to create a new album, or manually set the time and distance parameters in order to trick the app into creating a new ‘moment’. You just shoot as normal, save the photos to your Camera Roll or Gallery and Shoto will take care of the rest.

Shoto also offers a new paradigm for sharing photos with other people. Too often, you’ll head to an event, concert or party and see fellow shutter bugs firing off a crescendo of interesting shots. A couple are uploaded to social networks, but most never leave the photographer’s camera roll.

Occasionally, you’ll consider creating a shared album on Dropbox, but the idea of uploading all of the necessary files and then inviting everyone who was there to the folder can often feel laborious or just bothersome.

As part of its intelligent ring-fencing, Shoto also looks at other users who are in the immediate vicinity. Provided they have your phone number in their address book (and their privacy setting is set accordingly), the photos they shoot are automatically added to your albums. With very little effort, everyone has a complete set of photographs from the event.

The fact that you need another user’s phone number to share photos can feel restrictive. The team behind Shoto says that’s the point though. Too often, concerns about over-sharing can cause smartphone users to avoid sharing their photographs altogether. A prospective employer might find some photos of that legendary drinking game you invented for the Superbowl, or your parents might discover on Twitter that you weren’t, in fact, studying for that all-important exam last night.

Shoto uses a three-tiered system for sharing photos. A long-press on any album or image will reveal a circular gesture which dictates how many people will be able to access your images: everyone in the world, friends who were there or no-one but yourself.

Shoto also functions as a standalone camera app, but its feature set is limited when compared with some of its competition.

There are some interesting filters and a simple shortcut for toggling the onboard flash, but I wouldn’t be surprised if photographers avoid this area of the app altogether. Given that Shoto will automatically import your photos from the Gallery or Camera Roll, you’re probably better off using a fully featured, standalone camera app.

The next step for Shoto is to integrate search. Photos are easily lost in the ever-flowing stream of the Web, and the team has plans to integrate conversational search queries across its mobile apps. Rather like Facebook Graph Search, you’ll be able to ask for ‘photos of me and Richard in London’ and review all of the shared photos that match.

As it stands though, Shoto solves two problems very well: instantly sharing photos with your friends, and creating contextual photo albums that you can easily return to in the future.

The only sticking point – as with many other collaborative apps – is that to get the most out of Shoto you’ll need to persuade all of your friends, family and colleagues to adopt it too. Without other users, it’s only a slight improvement over the default iOS and Android gallery apps.