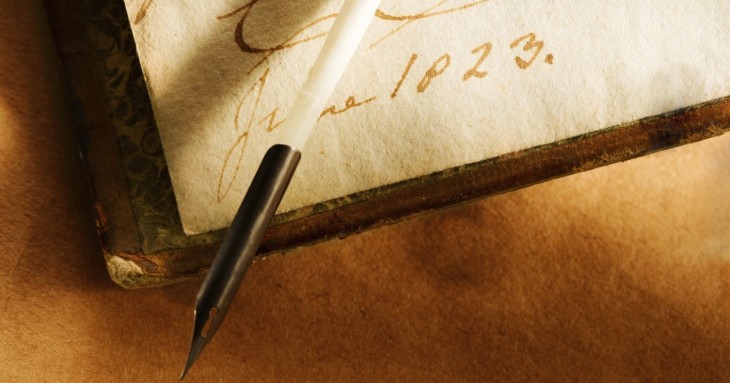 As we gradually get faster at typing on touchscreens, extended writing sessions on the iPad have become much more viable. Meanwhile, developers of writing apps have made significant improvements to their offerings. Here are our picks for the 10 best apps for getting some writing done on the iPad. To further prove the point, I composed the bulk of each section in its respective app. I did, however, have to go back and do some editing work from my laptop to add formatting for entries from some of the more barebones apps.

Editorial may be a new kid on the block, but it’s also a Great White Shark in the sea of iPad writing apps. Developed by Pythonista creator Ole Moritz, the app supports markdown and Python scripting. I especially like the built-in browser that you can swipe in from the side. I suspect for power users, Editorial will actually be a more intuitive and useful app that most desktop alternatives. Sadly, I’m not such a user, so I’m left to marvel at all the unspent potential. If you want the full breakdown on what this super-charged word processor can do, check out Federico Viticci’ s in-depth review over at MacStories. He’s been testing the app for eight months.

Former Facebook CTO Bret Taylor’s Quip works as a lightweight writing app, but its real strength is in collaborative editing. Quip combines the word processor with a messaging system to create threads for discussing and editing documents. The app is only at version 1.1, so it’s still lacking some of the features needed to make it usable on its own, but the social mechanics are a nice foundation. Further reading: Ex-Facebook CTO Bret Taylor’s Quip is a word processor to serve today’s mobile and desktop needs

Apple’s own Pages is an obvious choice. It’s the most expensive app on this list, but it’s a fully-featured document creator. The fact that Pages is deeply integrated with iOS, iCloud and the Mac version of Pages is, in most cases, a plus. For most apps, iCloud support is barely better than a low-grade curse, but file sharing with Pages works as advertised. If you want to just put your head down and type, other apps will get the job done better, but Pages stands out on iOS for its ability to lay out a page with graphics, tables and charts.

Day One is a sleek journaling app with plenty of bells and whistles, like weather, markdown and Foursquare support. My journaling habits are inconsistent at best, but Day One’s so attractive it makes me want to write.

Phraseology strips away the distractions and takes you straight down to the business of writing. It lacks rich text features, but it does support markdown. The app overcomes the cursor navigation weakness on the iPad with a nifty extended keyboard that includes selecting text by character and word. The Arrange feature is a nice touch, as it breaks up paragraphs into discrete chunks and lets you move them around. I also enjoyed the Inspect mode, which breaks out commonly used words and reading level. Whether accurate or not, Phraseology makes me feel like I’m a better writer for using it. That alone is worth price.

Syntellia’s Fleksy was originally designed for the blind, so I wrote (most of) this section with my eyes closed. The lack of interface and editing features is infuriating at times, but it’s hard to deny the power of being able to type away on the iPad without nary a look. The swipe gestures take some getting used to, but they become natural after a short time. I wouldn’t write anything at length in the Fleksy app, but it is nice to have the option of quick no-look typing.

I never got into the habit of using Evernote because it has usually been unstable for me, but I’ve heard too many “can’t live without” stories from others to leave it off this list. Cloud support and its growing stable of developer partners are among Evernote’s core strengths. I also respect and trust the company to take a long-term and user-centric approaching to building its products.

[Ed. note: After writing the following blurb by hand in Penultimate, I typed it up for inclusion.] There’s something viscerally satisfying about being able to handwrite notes on the iPad with Penultimate. Touchscreen handwriting is slow-going and prone to finger strain, but you could always use a stylus. Since acquiring the app last year, Evernote has added text search, but Penultimate still lacks full text export and optical character recognition. The search feature is finicky and has trouble registering what I write. full disclosure: Most people have trouble reading my handwriting, so I’m mostly to blame for machine-reading illegibility.

iA Writer is another stripped-down writing app. For the attention-deficit inclined, it includes a focus mode that highlights the current three lines of text. There are no options for formatting your text, but Writer does support the markdown file format and can copy a formatted version of marked down text.

If you’re planning on doing loads of writing on the iPad, you’re likely also looking for a place to publish all that work. Blogsy has got you straight covered with support for most of the major platforms: WordPress, Blogger, TypePad, Movable Type, Joomla, Drupal, IBm Connections, Tumblr, Squarespace and MetaWeblog.

Sweet features found in Blogsy include a pull-in browser, swipe to HTML mode, and drag-and-drop multimedia support from Photos, Flickr, Picasa, Instagram, Facebook, YouTube and Vimeo. Markdown support comes with its own mode, but I’m not a fan of how it converts to HTML if you jump out and back in. Blogsy does a phenomenal job of connecting iPad writing with the larger constellation of publishing, image and video services. It’ll be overkill if you’re tapping away at a novel at your local coffee shop, but it’s great for blogging on the go.

See also: The 15 best blogging and publishing platforms on the Internet today. Which one is for you?

Image credit: iStockphoto Disclosure: This article contains an affiliate link. While we only ever write about products we think deserve to be on the pages of our site, The Next Web may earn a small commission if you click through and buy the product in question. For more information, please see our Terms of Service.

Read next: Alibaba's investment in ShopRunner sets up an ecommerce showdown with Amazon