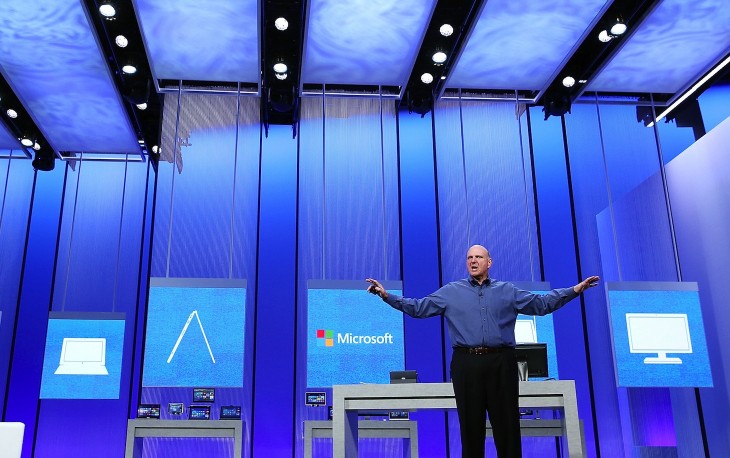 As Foursquare looks for ways to crank up the money machine, the company behind the popular social place saving and sharing service is expanding its presence across more platforms.

At Microsoft’s big Build 2013 conference in San Francisco, the company announced an app for Windows 8 tablets.

While the Foursquare app is available on a host of smartphones (including Windows Phone 8, iOS, Android and BlackBerry 10), this is the first time the company has developed or is at least showing off a native tablet application.

Here’s some video of the app from the Build conference courtesy of Geekwire:

To be sure, a few weeks ago, Foursquare updated its Android app to make full advantage of the increased real estate on tablet UIs. iPad users who’ve been waiting for a true native Foursquare tablet experience will have to continue doing just that, however.

Earlier this week, Foursquare updated its Android and iOS apps with the ability for users to check in their friends. Last May, it also updated its Windows Phone 8 app with a host of new features.

Founded in 2007, Foursquare says it seeing millions of check-ins every day, with the latest number of registered users shared officially at 30 million users (in January 2013).

Also coming to Windows 8 are apps from Songza and others.

That said, its focus on merely ‘checking in’ to a place or event has long shifted to personal recommendation and social discovery of things to do, places to visit, food to eat and whatnot.

In that sense, it makes more sense for Foursquare to build and distribute native tablet application than it used to. Other widely-used applications that will be coming to Windows 8 in the future include Flipboard and Facebook, among others.

Note: This article’s has been updated to reflect the fact that Foursquare runs ‘natively’ on Android tablets, which was mentioned in the body.

Read next: Dropbox launches Partner Network for resellers of Dropbox for Business