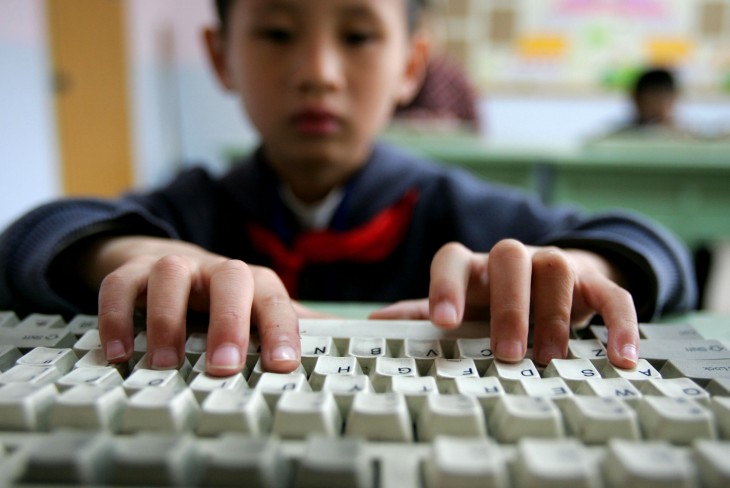 Swype, the learning keyboard application is now available for Android devices. For the first time, the app can be downloaded from the Google Play store on smartphones and tablet devices enabling anyone to use this digital keyboard that’s been used by more than 500 million users worldwide.

Acquired by Nuance Communications in October 2011 for approximately $100 million, Swype is an application that caters to several different keyboard users: “the swype’r”, “the typer”, and “the tapper”. For many people, it might seem like an ordinary third-party keyboard (almost like going to Best Buy and picking up a random physical keyboard), but what makes Swype interesting is the ability to drag a finger across the screen in order to compose messages.

Instead of wasting precious seconds lifting a finger, users can move their finger across the screen almost like they were connecting dots across a keyboard. Swype’s learning algorithm evaluates each movement and helps decipher what is trying to be spelled. Each action is logged and the app evolves so that it can understand the writing styles of the device user.

As mentioned earlier, Swype caters to three distinct keyboard users. With those deemed to be “swype’rs”, they are users who can quickly and easily move from one letter to the next fully utilizing the app’s capabilities to predict words and phrases as inputted.

“Typer” users are those that are skilled in quickly typing on a keyboard like they’re sending a text message. These are people who have mastered the skill of knowing where keys are without looking at the device. Lastly, “tappers” are methodical and precise typists who need to look at the keyboard and hit the buttons exactly in order to compose something.

Now in the Nuance stable of products, Swype has all the advantages of leveraging its parent company’s expansive learning capabilities. The new Android app comes paired with Dragon Dictation, a learning solution that accepts verbalized messages and transforms them into printed ones. Now whether spoken or typed, Swype will be able to be a service that understands how you, not its creator, communicates.

Mike Thompson, Executive Vice President and General Manager for Nuance mobile, says, “Based on the incredible success of our beta program and our vocal customers, we decided to extend the power of Swype to more Android users through Google Play. Android users deserve the best keyboard — settling for an alternative is no longer necessary.”

Other features that come with Swype for Google Play include:

This is the first time that Swype is hitting the public market. Previously, the app was only available through phone manufacturers and also through its beta usage. The company still is maintaining its OEM partnerships, but now it’s giving those using Android devices that don’t have the app built in, the chance to experience its keyboard.

We spoke with Aaron Sheedy, Vice President of Mobile Products for Nuance, and he tells us that most keyboards that are out in the market today just aren’t satisfactory. He says that his company has set out to make Swype the best keyboard that’s out there. Of course, it’s going to have to deal with several competitors out there trying to do the same thing, including SwiftKey.

For a limited time, Swype is available in the Google Play store for $0.99. The company is also offering a 30-day free trial.

Read next: Placety launches its location-based social network for iPhone and iPad