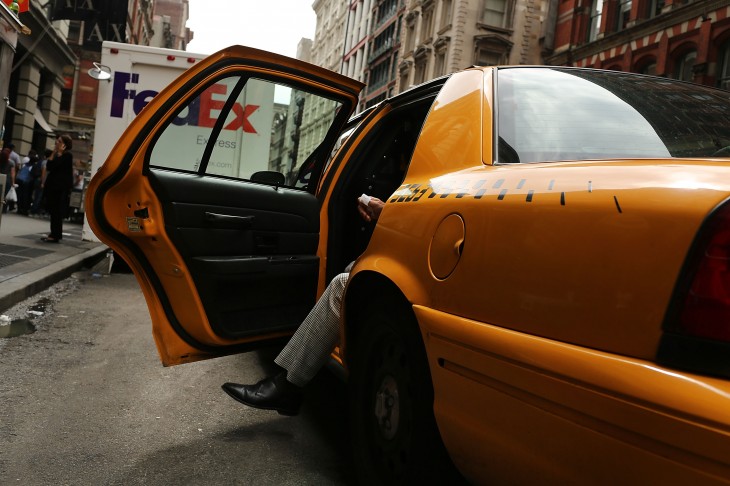 Uber has launched dedicated apps for the Windows Phone and BlackBerry operating systems today, bringing its disruptive black car and taxi hire service to a wider range of devices.

The launch, announced on the company’s blog, means that users can now download the app directly from the Windows Phone Marketplace and BlackBerry World storefronts as native apps.

The company’s Android iteration has also undergone some drastic improvements, bringing it in-line with Uber’s latest design ethos – described as #TheRideAhead – and its iOS app update from last December.

The Android app now includes Foursquare integration, making it simpler for users to specify a pickup or drop off point when they don’t know the exact address. Similarly, it should also be easier for Uber drivers to find their customers, given that requests will often be based on recognizable businesses or public locations.

In addition, the app will also remember the most frequent pickup locations set by the user, be it at home, work or the nearest bar.

Uber has also added a fare estimator this time around, which will calculate the approximate price of the journey, as well as the current rates for the service, from within the app. After entering their pickup and drop off location, users will be given an instant estimate of how much their ride will cost. There’s also clear, simple explanations for rate exceptions like Surge Pricing, which is a nice touch.

In keeping with its other apps, the Android version has also been given some UI tweaks, including redesigned animations, receipts and menus, making the overall interface cleaner and easier to navigate.

The improvements follow a similar update to the iOS app last December, which also included a better “networking stack” for faster and more accurate information about the real-time status of an Uber car.

Today’s news follows some unrest from Uber drivers in San Francisco, however, some of which decided to cause some disruption over St. Patrick’s Day weekend by refusing to respond to calls. In addition, roughly 30 drivers protested in front of Uber’s San Francisco headquarters the day before, citing communication problems and “disrespect” from the company.

Ilya Abyzov, General Manager of Uber in San Francisco later said the company was “100 percent committed” to working with “only the highest quality transportation providers” in the city.

These issues aside, it’s important that the company has a robust set of apps as it continues to expand into new markets. The company began testing its service in Lyon earlier this month, following a launch in Singapore towards the end of February.

Read next: Facebook slates local currency pricing for Credits in Q3 2013, will give game developers 90 days to switch