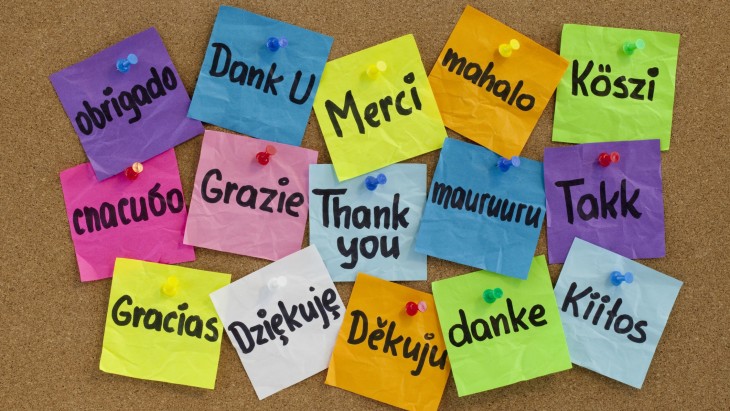 Opinion graph service Amen has officially launched its sister app Thanks, which strips away the “Hell No!” option from opinions and offers up just the best answers for a specific category or question.

The premise behind the app is that it offers easy discovery via high-quality recommendations. It’s a smart move, since the startup already has a wealth of data from all the positive “Amens” from its original Amen app.

Given that it’s still early for Thanks, the recommendations still need a bit of work. For instance, I tapped Best Nearby and got a map with just one dumpling restaurant as the “Best Dumpling Restaurant in Los Angeles”. I’ve been to that restaurant and it’s good, but it’s definitely not the best in all of LA.

Other broader categories like movie (A Clockwork Orange), song (Around The World) and TV (Dexter) are bound to be controversial as well. When it comes down to personal preference, it’s going to be impossible to decide on the best of something for everyone. These categories are ranked as lists, so it is possible to get more specific, and there are also rankings for genres and sub-categories, but it’s hard to shake the feeling that the app is being unnecessarily reductive.

Assuming that the data feeding Thanks its recommendations gets more fleshed out, I’d definitely have space for it on my phone, though. We’re in an age of optimization where sites like Metacritic and Rotten Tomatoes break down reviews to tiny bits of quantification. Amen says that the app is meant to draw from recommendations from both friends and experts. You can login to Facebook to add a social layer, as well as find friends through contacts and Twitter. At first glance, it’s not clear where the expert opinions come in.

If you don’t see answers to a specific question you have, you can always ask yourself, though that sounds a lot like a limited version of Quora to me.

I never managed to get into the Amen craze, but I imagine that some of its users will find Thanks to be a sterilized version of the service they’ve come to love. After all, one of the chief selling points of the original app was being able to take a negative stand on things. App Store screenshots of Amen, for example, show the post “Bon Jovi is the worst musical group ever” with 1 amen.

With an app like this, it’s too early to pass judgment without seeing what the community does with it. It already has the benefit of populated content from Amen, but it’s still pretty barebones where I am. Time will tell whether this is an app that I’ll eventually be grateful for.

Read next: Facebook acquires Storylane team, but does not get its product, stories or data