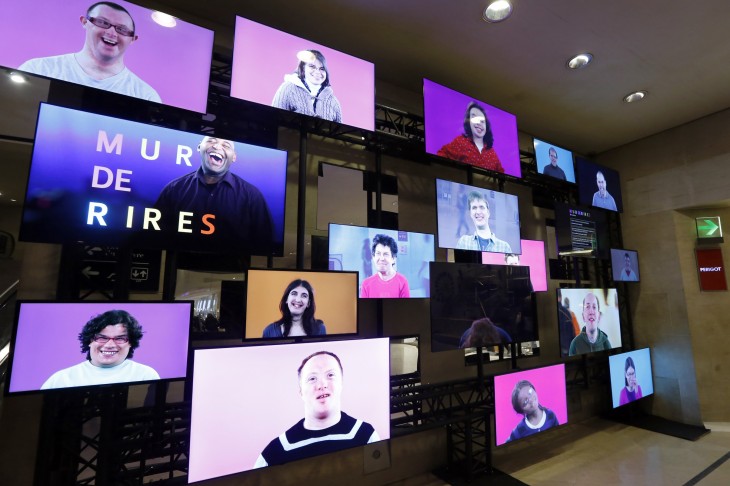 Video sharing and discovery service Telly has updated its iOS app today with an improved recording experience, group video sharing functionality and a carousel view which debuted on its website last month.

Taking a leaf out of Vine’s playbook, Telly users can now edit together multiple shots simply by tapping the screen sequentially.

In practise, that means tapping the record button at the bottom of the screen – at which point a counter starts ticking in the top right hand corner – and then hitting the pause button whenever you want to move to a different shot. When you’re done, just hit the big record button again.

The user interface isn’t quite as simple or intuitive as Vine, but it does offer the same fun and accessible editing opportunities.

For those with a passion for analog film-style filters, Telly has also added a number of effects called, among others, Hollywood, 1960’s, Neon and Fisheye. Some of them feel a little over the top, but it’s nice to have them there and it certainly makes Telly feel like a more well-rounded video editing app.

Once the video has been recorded, it’s also possible to add filters retroactively and apply one of ten audio tracks as a bed. There’s a slider along the top to shift the balance between the microphone recording and the music, but a notable omission is the ability to import your own tracks. It’s possible this will be included in a later update, but it would’ve helped to stretch the range of content being uploaded.

Videos recorded through Telly can be shared through Facebook or Twitter – just like before – but there’s also a new private sharing option that allows users to send it to specific Telly users.

The envelope icon at the bottom of the homescreen can then be used to review shared videos and reply to conversation threads in real-time. As with many other Internet-based messengers, this includes text messages in the now standard alternating speech-bubble interface, as well as the ability to reply with videos created through Telly.

There are many other apps operating in this space and it seems like a bit of a departure from what Telly has been concerned with up until now – collating and repurposing the video shared by other people on social networks such as Facebook and Twitter.

However, given the focus on social sharing, it does make sense to take out the middle man – in this case YouTube – and promote videos created and uploaded through the app itself. This is further enhanced through the ability to tag friends with @mentions, similar to Instagram, in order to start a new conversation or notify them of a video.

Last month, Telly updated the homescreen on its website with My Telly, a much sleeker and film reel-like interface similar to Cover Flow on iTunes. That design has now been brought over to the mobile app and kicks in automatically whenever you hold your iPhone in landscape. Flicking back and forth works much as you would expect and does provide a more casual experience for sitting back and watching videos.

Unfortunately, these new features are only available for iOS users, although Telly says an update for Android is “coming soon”.

Read next: Google's new Voice Search ad spot will hit you right in the feels