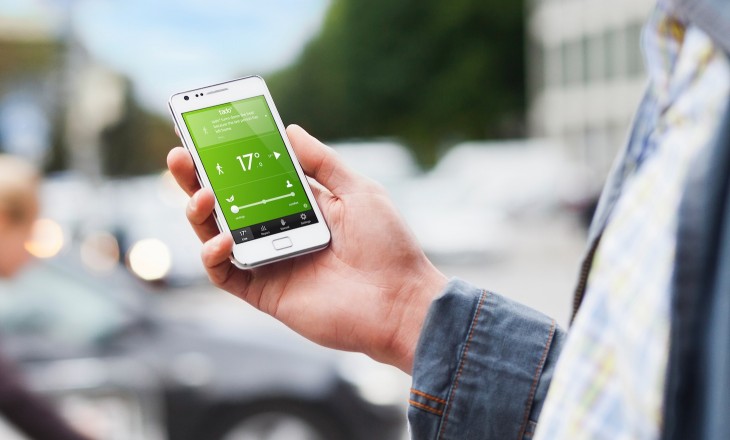 Tado°, the Munich, Germany-based maker of a smart heating control solution for private homes and small businesses not unlike NEST, is today launching its software for iOS and Android phones globally.

Tado° (which I’m henceforth calling Tado without the “°”) originally launched its smartphone-based heating control system in Germany, Austria and Switzerland back in November 2012, but is today opening up to users worldwide.

Although ‘opening up’ may be a little exaggerated on Tado’s part.

The new version of Tado’s smartphone app is now available in English and German, and lets people take a virtual tour of the intelligent heating app in ‘demo mode’ before making a purchase.

However, what Tado’s really announcing today is that it’s opening a closed beta for a number of other European countries. The company says 50 percent of these private beta installations should be in the UK.

The fledgling company bills its solution a ‘personal heating assistant’, combining hardware and geolocation software to let users warm their homes only when needed. This is evidently beneficial to the protection of the environment but also helps users cut down on energy costs.

For instance, Tado can automatically turn down the heating for people as soon as they step outside of their home, with
no user action required.

“We are thrilled to have received so much interest from abroad since our launch in November. With the English-language app we can meet the needs of these international customers and also offer the ideal service for those customers who live in German-speaking countries but don’t speak the language.”

Compatible with most conventional heating systems (notably unlike NEST, which caters only to users in the United States for now), Tado’s offering includes a free ‘Tado Box’. This is hardware that can essentially replace an existing thermostat or be connected directly to the heating boiler, and can be connected to with free apps for iOS or Android.

After installation, Tado adjusts to the residents’ behavior in real time and also takes current weather data and building characteristics into account.

Deilmann tells me that Tado differs from NEST in that the focus is squarely on interconnectivity of smartphones and not ‘providing hardware with glossy screens’, as well as placing emphasis on cloud intelligence, and distributed sensors and actors.