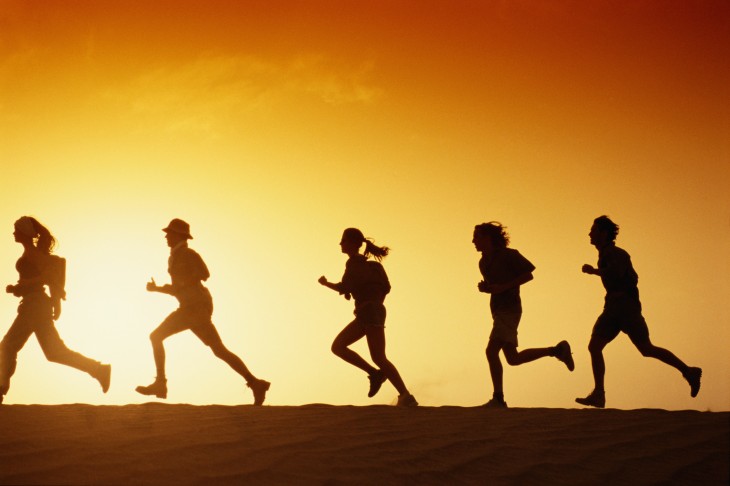 Late last year we brought you news on RunKeeper’s new iOS app, as it strived to keep its 14 million users running. These updates? A fresh user interface and improving the ability to share photos of workouts.

While this was followed up with the release of an all-new Android app too, the good folk at RunKeeper have now revisited their iOS incarnation to roll out version 3.1, which features a handful of updates.

RunKeeper’s core raison d’être may be running, walking and cycling, but this latest version surfaces the weight-logging feature, which makes it easier to input your weight and track it over time. This can be done manually, or it can be automated by linking your RunKeeper account with a set of RunKeeper-compatible scales, such as Withings.

While you could previously add weight, it was hidden within the settings, and founder Jason Jacobs says that nobody knew it was there. Now it has been surfaced, you can input your weight directly from your weigh-loss goal area, and see your goals plotted in your own personal Weight Log, with some neat visualizations.

The latest app also features new alerts to remind you to ‘weigh in’ at specific times.

With version 3.1, you can also now alter your activity settings mid-workout – so if you’ve forgotten to activate audio cues or include your average speed, you can do so without interrupting your run. 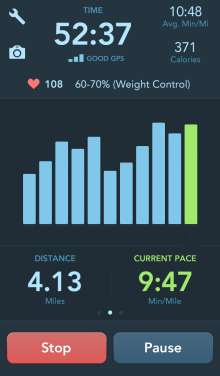 Another neat new feature is night mode, which is geared specifically towards night owls who like to run after dark.

The existing bright-white screen is still there if you prefer it, but the dazzling effect that’s often accentuated during darker hours can be remedied with night mode, which can also be toggled mid-run with the aforementioned in-activity settings.

Meanwhile, we’re also told that RunKeeper has just passed sixteen million users, more than a million of which have arrived in the last month alone, which is pretty impressive growth.

It’s safe to say, as with all RunKeeper updates, that these will be landing on Android in the not-too-distant future too, so watch this space.

RunKeeper version 3.1 is available to download for iOS now.

Read next: Oregon-based mobile ticketing startup GlobeSherpa raises $1.3M to expand in the US and overseas