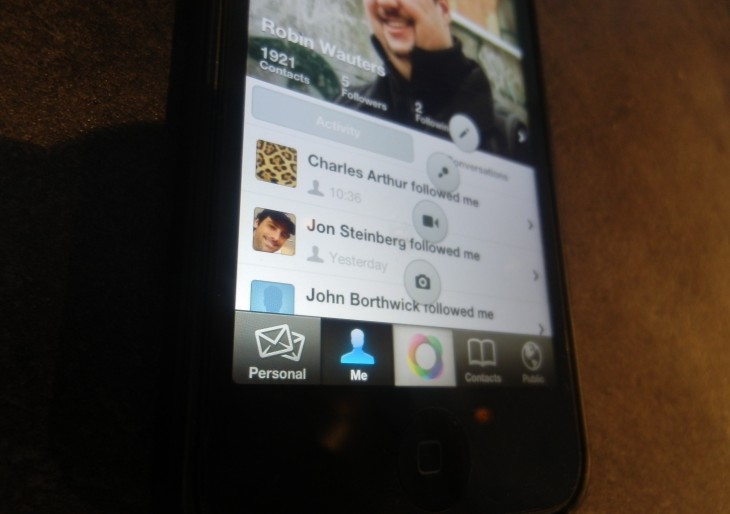 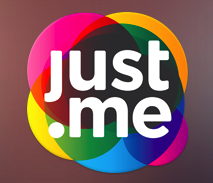 There’s certainly no shortage of smartphone apps that enable you to engage in conversations and share digital media with other people, but I couldn’t help impatiently awaiting the arrival of Just.me‘s iPhone app during the past few months.

The app finally launched this week, but in private beta, so you’ll have to exercise a bit more patience before you can give it a whirl.

Luckily, Just.me founder Keith Teare (see my recent interview with the serial entrepreneur) was kind enough to let me play around with a build early on – you can find screenshots below.

Just.me, backed by the likes of Google Ventures, Khosla Ventures, SV Angel and betaworks, is trying to build a ‘new type of post-PC social network’ that lives on your smartphone and in the cloud and can be accessed from your desktop browser, rather than the other way around.

Teare describes the Just.me smartphone application as a unified messaging app that goes beyond what the likes of WhatsApp, Line and SnapChat have to offer, and as an ‘upgrade to email and SMS’.

Just.me’s app for the iPhone (an Android version is in the works and should be launched in the next couple of weeks) is free of charge and lets users record and share events with photos, videos, voice and text.

Messages can be kept private for your diary needs, but also easily shared with specific (groups of) friends and publicly for the world to see.

All messages are displayed on a user’s personal timeline, and friends can comment on or like individual posts, similarly to the way we’re all familiar with on Facebook. In fact, Teare likes to talk about Just.me as ‘Facebook if it had been built for mobile first’. 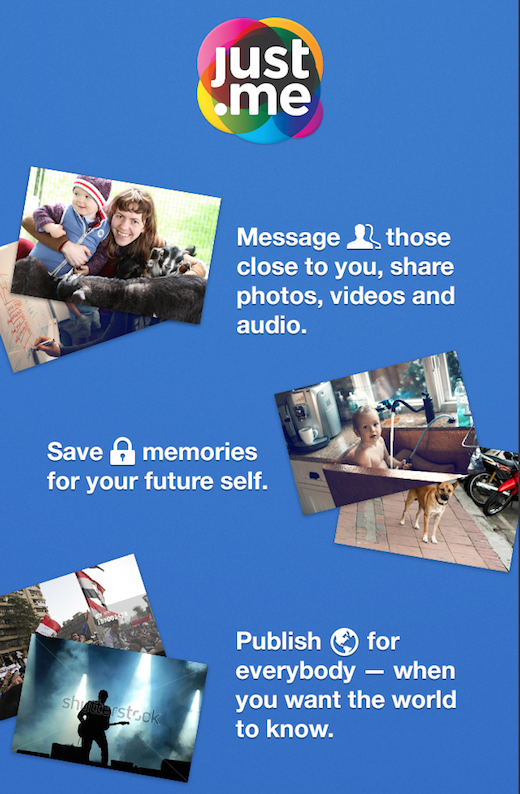 For sharing your whereabouts and going-ons with your friends, family and co-workers, Just.me also cleverly ties together your phone’s native contact database and your cloud-based social graph(s).

If you’ve tried out apps like Viber to put a layer on top of your phone’s address book, you know how magical that can be.

Of course, it’s far from the first or only messaging app to offer such a ‘unified’ experience, but Teare doesn’t believe Just.me is late to the party.

“If anything, we’re too early,” Teare told me at this week’s DLD conference in Munich. “You need a lot of separate apps today for sharing different media with different groups of people on different platforms.

“We believe the future trend will be for people to want to go back to using fewer, more powerful apps.”

Just.me is attempting to ‘bring it all together’ on smartphones, but shared messages can be viewed on the Web as well, in order not to create friction for people who want to check out content without downloading the app.

Messages can also be sent via email and SMS to people who don’t have the app on their phones.

Just.me will soon debut its iOS app, simultaneously in 10 languages no less: the app will support English, Japanese, Chinese, Korean, French, German, Spanish, Portugese, Italian and Russian, with plans to add more over time. Here’s a promo video the team whipped together:

I’ve played around with the app a bit and like it, but I think it will be difficult for Just.me to get a lot of traction simply because it’s hard to stand out in the crowded messaging app market no matter how great your product and how clear your message is.

Just.me is even trying to come up with its own way of referring to people in messages, namely via an asterisk (‘*’) just like Twitter uses ‘@username’ and Google+ uses ‘+username’ for that purpose, which I fear may be a tad too ambitious.

On the positive side, Just.me is absolutely free to use and doesn’t impose limitations on the number of messages that are shared, or on the amount of cloud storage for digital media. It could also take off virally as message recipients are invited to use Just.me to view and share content themselves – the barrier to entry is fairly low.

Here are some screenshots to give you an idea of what the app looks like: 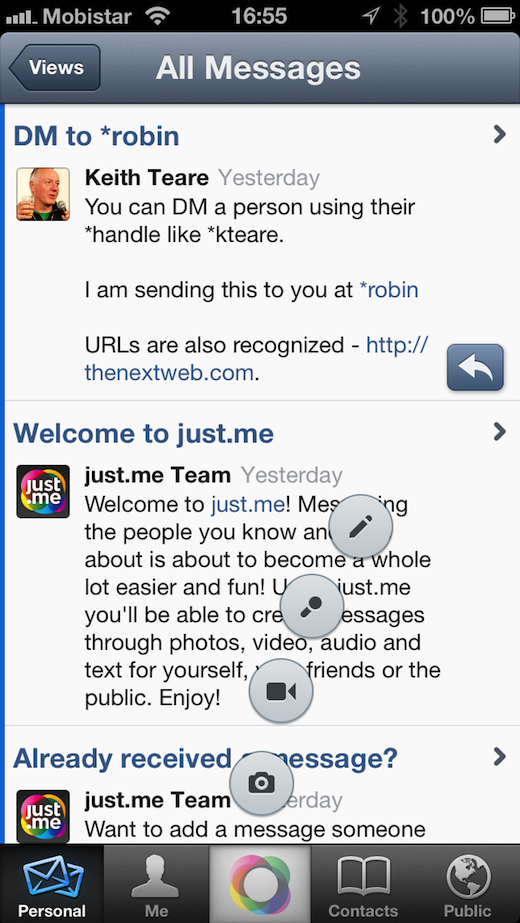 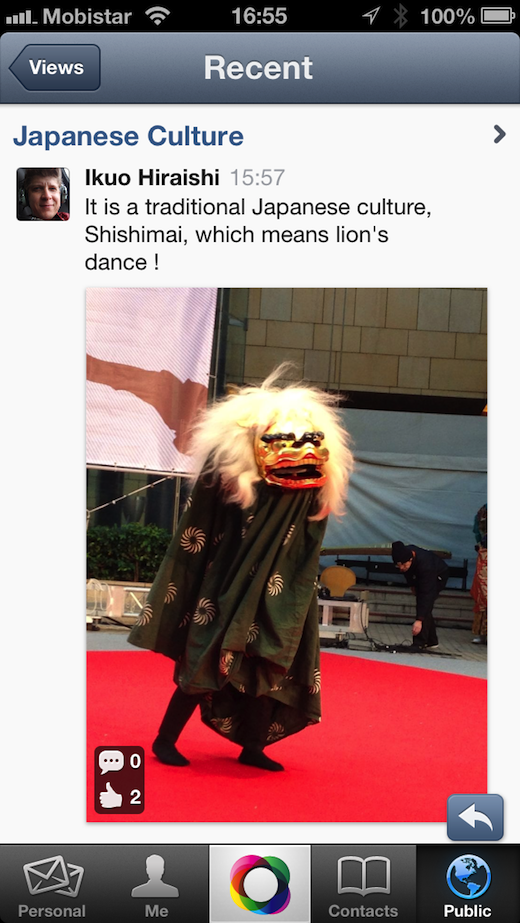 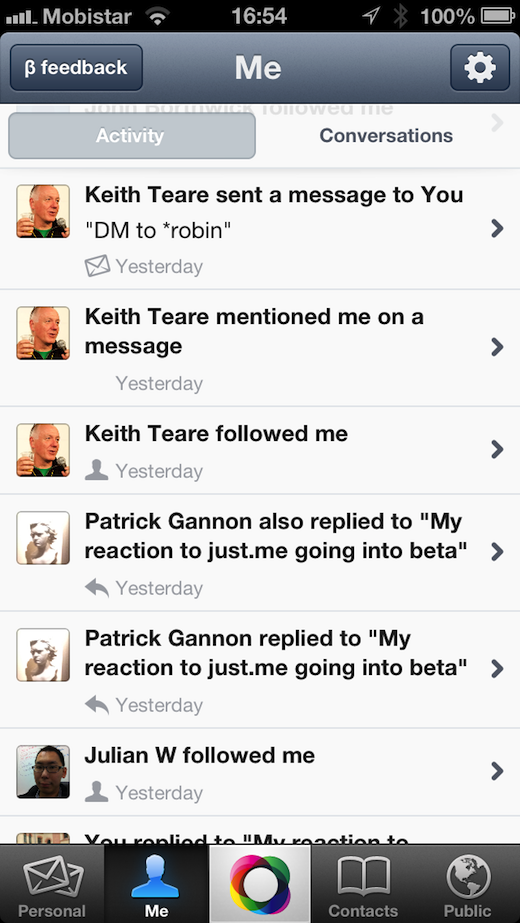 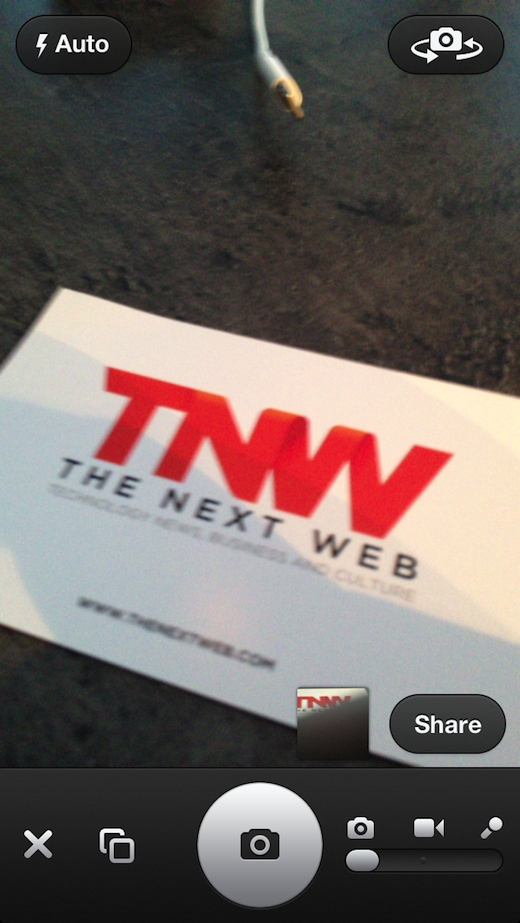 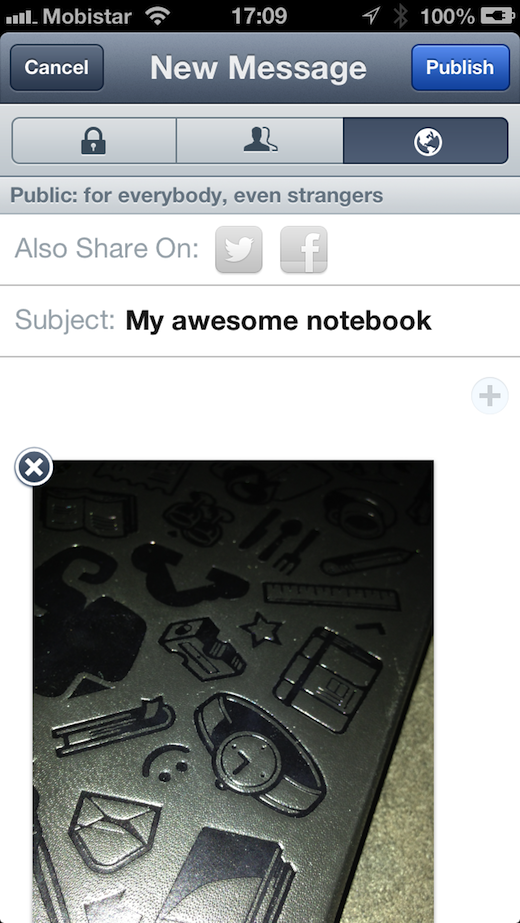 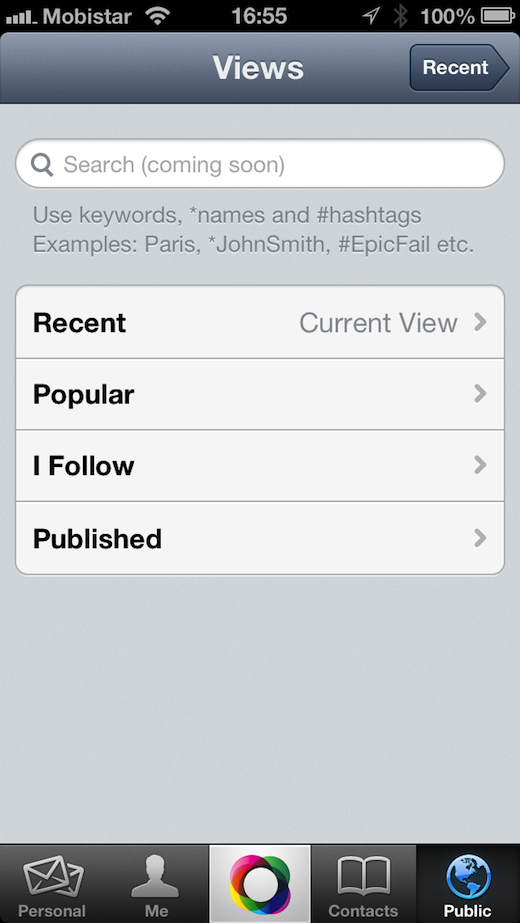 Read next: Aspiring entrepreneur? The new edition of The Next Web Magazine is an essential read