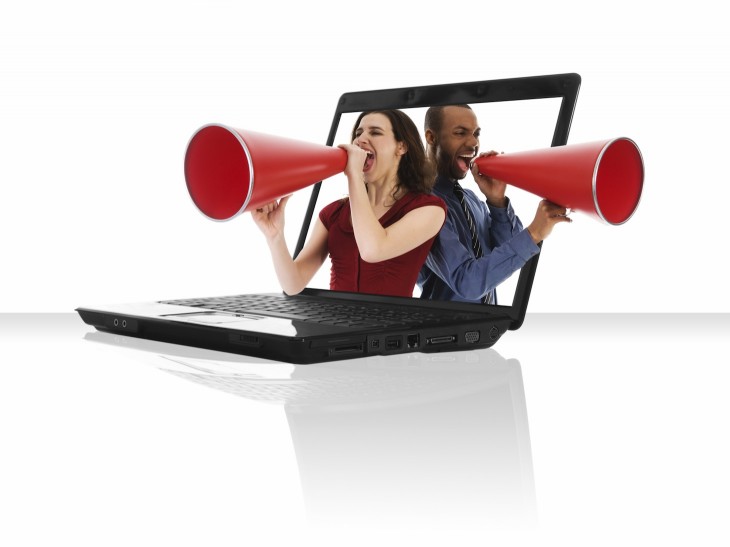 With great power, comes great responsibility, a wise man once said. No, not Stan Lee or Spider-Man or Ben Parker, numbnuts, but French writer and philosopher François-Marie Arouet (aka Voltaire).

And with every major change made by a popular site or service, come early users who feel entitled and will bitch and whine about how absolutely bone-headed the move is whether it is or isn’t, I say.

Such is the way of the world we live in, and when SoundCloud rolled out its new site design and mobile apps last week, things were no different.

Some of its 30 million users absolutely loved the new website design, apps and focus, a lot of users didn’t really care either way, while a small subset of users was outraged by the terrible and seemingly counter-intuitive moves undertaken by stubborn, greedy SoundCloud Limited.

That’s not to say they don’t have a point, per se. I’m just saying that, once your site gets SoundCloud’s kind of traction, realize that any change you implement – whether it makes perfect business sense or not – will make some people’s blood boil.

This is the sound of a SoundCloud premium account holder taking to SoundCloud to tell SoundCloud how terrible SoundCloud treats loyal SoundCloud users (and particularly the musicians and others who are providing the content enjoyed by the millions of SoundCloud visitors):

Again, he may have a very valid point about SoundCloud essentially following the money and not the interests of its early users. The SoundCloud user in question, Pete Owen, at least criticizes the company gracefully and eloquently, and he acknowledges that SoundCloud’s management can take the site in any direction they wish.

Owen argues that musicians who provide the content are the ones that make the site, however, and accuses SoundCloud of stubbornly refusing to pay attention to them by increasingly turning the site into a free music streaming platform instead of bolstering the community.

Where he’s wrong, I believe, is that he thinks most, if not all, premium account holders on SoundCloud are equally pissed off and ready to leave the site to share their content elsewhere, or alternatively – wait for it – build their own platform that serves the community’s interests better.

That won’t happen, I would wager, because history teaches us that platform companies usually start struggling only when the platform itself becomes obsolete for whatever reason (due to market conditions, technological advances, the emergence of stronger competitors, developers fleeing elsewhere and so on) and not because early users become disgruntled and leave – or at least threaten to leave.

Despite all the support Owen is getting in the comment section (370 and counting so far), the reality is SoundCloud has chosen a path for itself that it will not deviate from any time soon.

In a new blog post, SoundCloud says it has received 60,000 comments since the beta started, so that should tell you something about its users not being afraid to voice their opinions.

A few tweaks may be made here and there in response to all the feedback SoundCloud is getting, but it seems naive to think that the company will be radically changing course. Whether they’ve made the right decision, serving both their own interests and those of its millions of users in the long term, remains to be seen, but something tells me SoundCloud is very well aware of how important it is to balance the two.

Eric Wahlforss, co-founder and CTO of SoundCloud, provides us with this comment after we asked for a response to Owen’s diatribe:

“Since launching the new SoundCloud to everyone almost a week ago, we have taken on board all the constructive feedback from both our existing and new users. Our aim is to provide a platform that not only continues to support our core community, but which will also allow the world to connect with them in ways that haven’t been possible before.

We recognise we still have work to do to improve specific features to enable this, but ask people to bear with us. We have addressed these in a blog post to our community this afternoon”.

The blog post is here: An update on the new SoundCloud

As for Owen, I suggest he reads or re-reads one of Aesop’s most famous fables, namely ‘The miller, his son and the donkey’.