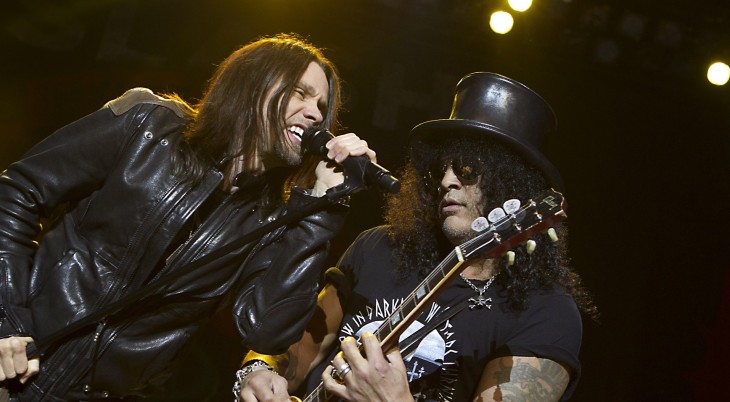 While the aforementioned endeavors saw the launch of native mobile apps, the tech firm has now teamed up with Slash again to take its tech to Facebook for his band’s single Standing in the Sun, from Apocalyptic Love.

With Slash 360, the former Guns ‘n Roses axe man is taking the key concept behind his iOS app, launched back in July, and deploying it on Facebook, letting fans control the view they have of the band using on-screen controls. Users can switch between different vantage points (cameras) and multiple synchronised camera views, whilst also rotating and zooming in and out.

“I think the 360 application definitely takes the listener into the world of the musician so that you can actually be in the room where the artist is recording, or in a live situation where you can be all around the stage and behind the stage,” says Slash. “And it just gives it a lot more depth and it really sort of puts you in the world of what the artist is doing.”

The existing Slash 360 iOS app was included in iTunes’ Top Grossing App Chart in 14 countries worldwide in the wake of its launch this summer.

“We are very proud to be working with Slash for this Facebook App, bringing fans a true Mativision 360 video experience,” says Anthony E. Karydis, CEO of Mativision. “The fact people don’t even need to leave Facebook to use our app is going to have a big impact for us. It is perfectly optimized for social sharing and spreading the word about Mativision.”