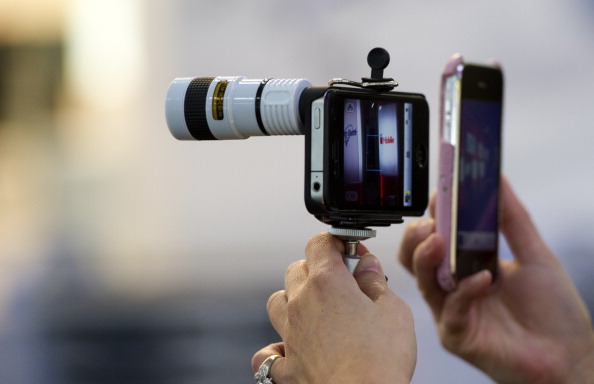 Cooliris, the media sharing app focused on helping share photos, videos, and an assortment of other content, has just updated its iOS application, now with more sources where users can pull photos from. On top of this, the company has announced that there have been over 250 million photos viewed on its platform.

Having just launched its iOS app four months ago, the company says that it’s received a great deal of activity, including over 50 million app sessions and 1.5 million installs. The iPad version has over what it says is “a million sharing actions”.

More sources to pull photos from

So now that there’s an audience for it, what’s the next logical step? The company will add more sources to its app in order to keep getting people more involved. Today, the app is bringing in photos from Google Drive, Picasa/Google+, and Flickr — all photo storage hubs where users can find photos and share with their friends.

Soujanya Bhumkar, Cooliris’s CEO and co-founder, says that its users “love having all of their personal photos in one place — engagement is off to a great start with over 250 million photos viewed in the mobile app. The additions of Google Drive, Picasa, and Flickr are a terrific beginning as we add more sources and more platforms to expand the Cooliris experience.”

With Google Drive, users are able to view photos from their account and save photos straight to their camera roll. Photos can also be saved from any source (e.g. library, Facebook, Instagram, etc.) straight to Google Drive.

Photos displayed in the app can be saved to the user’s camera roll, Google Drive, or you can open them up in the native network like Facebook, Picasa, etc.

Adding additional sources is a logical thing for Cooliris. After all, most photos aren’t normally going to come from one source — the company says that 70% of its users are already using multiple media sources such as Facebook and Instagram to share.

Once installed, users are able to curate all the photos from the sources that matter to them. They can then be shared to their friends through group conversations where everyone invited will get an email notification to view this photo album as a webpage. Friends and family can look at all photos and messages without needing to have a Cooliris account.

Cooliris is an app that is using the freemium business model. Right now it’s free to download and use, but the company is planning on enabling in-app purchases so users can express themselves while also facilitating the sharing of collections.

The company has received over $28 million in funding since its launch nearly seven years ago with principal investors being Kleiner Perkins Caufield & Byers, DAG Ventures, The Westly Group, T-Venture, DOCOMO Capital, and others.

Read next: One month in, Windows 8 is on track to easily outsell Windows 7