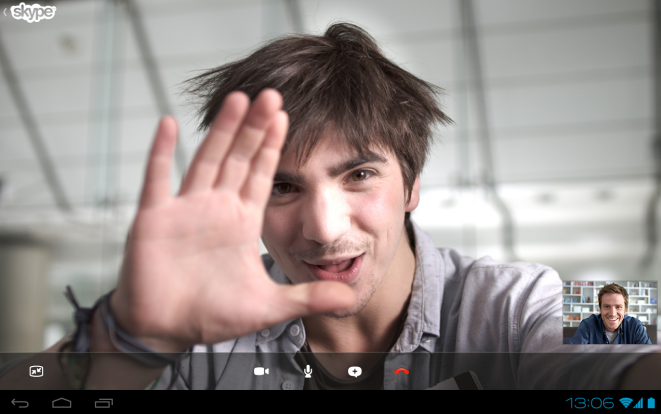 After passing 100 million downloads on Google’s Play Store, Skype 3.0 for Android has arrived, featuring a responsive, tablet-friendly design, enhanced audio, and the ability to sign in with a Microsoft account.

The general look and feel of Skype for Android been subtly updated, however, everything should feel familiar to Android users. The real difference lies in the app’s new tablet support.

Beyond tablets, Skype is touting “a real hike in audio quality” with version 3.0, thanks to its SILK audio codec, which was “designed to capture the richness of human speech.” Skype has supported SILK on PCs for years, but now it has finally made its way to mobile devices.

Following Microsoft’s announcement that it was retiring its Messenger IM service in Q1 2013, Skype for Android now allows users to sign in with their Microsoft account, allowing you to chat with your Messenger contacts from Skype and even merge your accounts. This change comes as no surprise, and should help sweep more of Microsoft’s 100M+ Messenger users over to Skype.

Overall, it’s a solid improvement that will likely be embraced by owners of Android tablets like the newly released  Google Nexus 7. Check it out via the link below and let us know what you think!