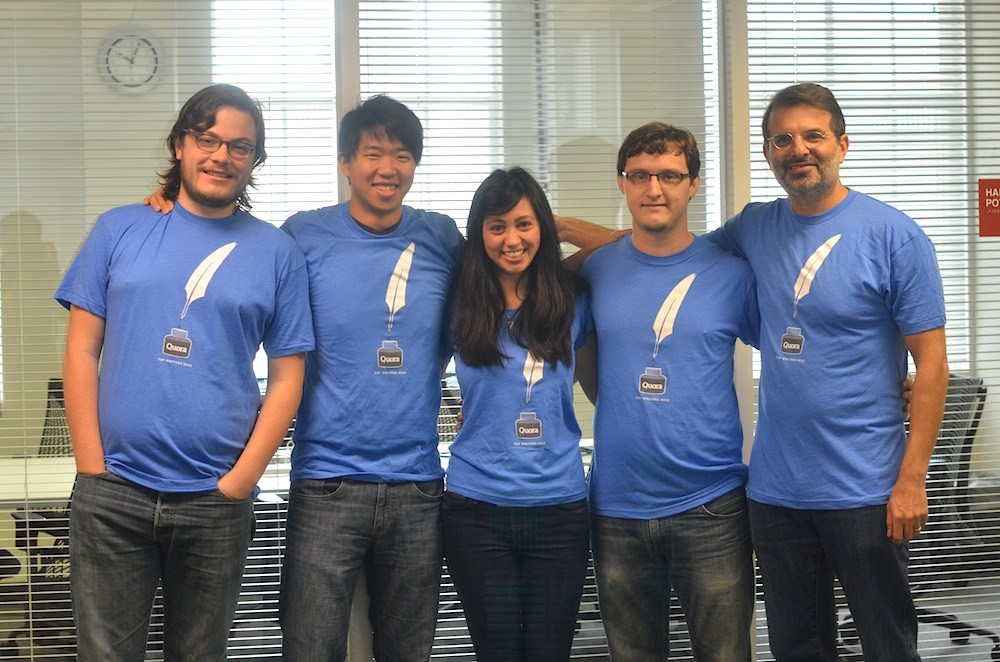 After raising $50 million, losing one of its cofounders and introducing trending topics, Quora is back with more news; recognizing nearly 500 of its most valuable users with a new “Top Writers” badge.

Unlike recent updates that push for greater engagement amongst the larger Quora audience, it looks like this move was largely made to recognize power users and show appreciation. As a side effect, however, Quora’s new badge could also end up driving highly engaged users to answer even more questions in hopes of eventually being recognized.

Quora tells TNW that its Top Writers “are a group of remarkable people with a talent for communicating with expertise, knowledge, authenticity, and empathy.” While some of these honored users are experts and/or professional writers, Quora says that many are simply dedicated to the community. For example, the median Top Writer has posted more than 350 answers, and favors the following topics: Movies, Food, Startups, Psychology, and U.S. Politics.

In addition to the badge (shown top-left in the screenshot above), users on the 2012 Top Writers list will also receive a fancy t-shirt plus “some other surprises in the coming months.” Perhaps they’ll receive early access to new features?

In case you’re curious, here’s what was considered during the judging process:

If you didn’t make the cut, don’t fret; additional user recommendations for the 2012 list will be considered, and an entirely new list will be created every year. See the full list via the link below.

Read next: Apple’s Scott Forstall to leave company in 2013. Browett out as Cue, Ive, Fedherighi take on new roles