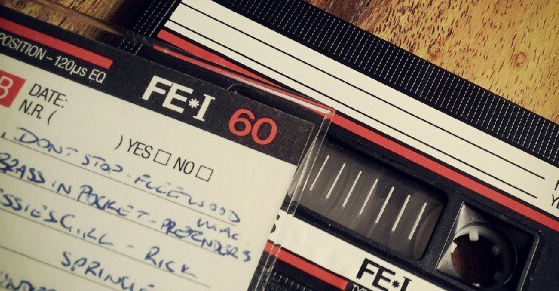 “Excuse me, while I kiss the sky,” crooned Jimi Hendrix in his seminal Purple Haze track from 1967. An epic song for sure, but this particular line is often cited as one of the most commonly misheard lyrics in history, with folk mistaking it for “…kiss this guy”. It’s against this backdrop that we introduce this next app.

It may lay claim to being one of the most popular apps on Spotify’s platform, but TuneWiki has been building its user base ever since it first launched for iPhones way back in 2008. And now the music-focused startup has relaunched its app, with a slew of new updates.

Just to recap TuneWiki provides scrolling lyrics through its range of social music players for mobile devices. So, as you play music from your iOS devices’ library, you can also read the lyrics to the songs in real-time. At the time of writing, TuneWiki claims more than six million users, who request more than 450 million lyrics each month.

With its new app, music fans get a complete overhaul of its original music player, with users now able to share and dedicate songs to friends with attached photos and lyrics on Facebook and Twitter. Or if you’re the “lurker” type, and wish to discover what lyrics your friends are searching for and talking about, well, TuneWiki’s new player has you covered.


The overall design has been simplified too, with all the app features available directly from the ‘now playing’ screen, accessible with swipes and taps.

In addition to this, it also has lyric translations integrated, with support for more than 40 languages, including French, Spanish, Russian and Japanese.

Designed for iPhone and iPod Touch on iOS 5.0 or later (though it will work on iPad too), TuneWiki is a nicely designed app that could have you singing along to your favorite tunes at the back of the bus. Just don’t sing too loudly.