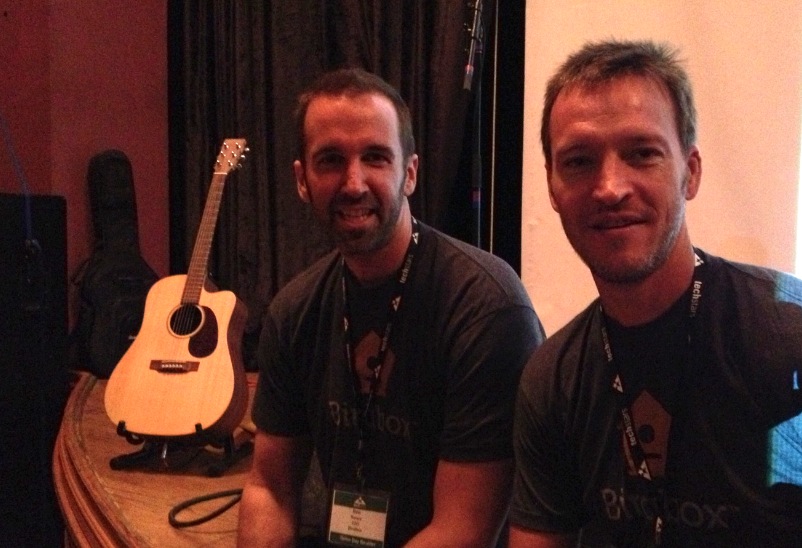 As we moe our lives online the chances are really good that you’ve used a number of services for photos and videos over the years. The difficulty that arises from this is that there’s not a good way to collect all of that media into a single place for easy viewing and sharing. Birdbox is the solution to this widespread problem, and the company is launching today out of Boulder’s TechStars.

The first thing that you need to know about Birdbox is that the team doesn’t want to replace what you’re already using. Whether you choose to use something local like iPhoto or if you go online with Flickr, Dropbox or any of the other 16 (and growing) services that Birdbox connects, all of your photos will appear in a Web-based disply.

The genesis of Birdbox actually started while CEO Ben Nunez was working for large media companies, solving a similar problem. As content would become more widespread, he helped build software to keep it readily accessible for Fox, National Geographic and others. But as he’d explain his job to people, they kept telling him that they had the same problems and the lightbulb turned on.

But it wasn’t until Nunez wanted to send a photo to his mom on Mother’s Day that he really saw the pain point. It was a single photo, stored on an external drive in his home, and he couldn’t access it from his phone to send it. Using that motivation and the skills acquired from the media company projects, Birdbox was born.

While the interface is lovey and simply, Nunez stresses that the company is solving hard problems behind the scenes.

“It’s exceptionally hard to extract meta data from files and services, as well as dealing with different naming conventions like a description versus a caption.”

Of course Birdbox handles duplication detection and it can pull from your camera or any desktop app, so it’s also a bit of a big data problem when it comes to searching and indexing your media.

That index and search is another area in which Birdbox shines. By allowing you to create groups of media, known as Nests, you can more easily organize your photos and search them by tags that you have assigned earlier, or within the app itself. The team has also built in some extremely thoughtful features, such as the ability to filter the displayed photos by the service from where they’ve been pulled.

What’s rather genius about Nests is that they can also happen automatically based on tags. You can share Nests, people can subscribe to them to get updates when they have new content and you can even add more people to your Nests for collaborative photo albums.

Birdbox is free to use, including nests, sorting, searching and organization. If you want to back up your files, you’ll be able to subscribe to the service and choose to store your photos on the Birdbox servers, locally or in services like Dropbox.

Birdbox is still in an invite-only stage for now, but the team is getting through the queue quickly. Want a better way to organize, share and perhaps even store your photos? Of course you do. Sign up for Birdbox and regain media sanity.

Read next: Startup Factory's alum Urban360 targets city dwellers in Mexico and beyond