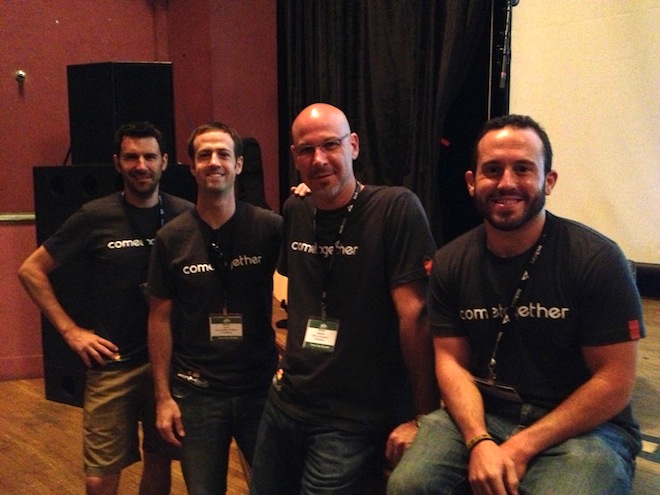 If you look at the challenges faced by startups, there are a few things that are definite. One of those, and possibly the biggest pain point, comes in how they deal with finding office space. So who better to solve the problem that startups are having than another startup? That’s where PivotDesk comes in. The company is making it easier for startups to find space, and helping landlords make sure that spaces stay occupied.

The idea is pretty simple — PivotDesk helps locate vacant or excess office space, then works up the transaction in order to get that space filled. When you consider that most leases are upwards of 3 or even 6 years, startups have to take their future into account and often rent more space than they need in order to facilitate growth. But in the mean time, they’re left spending money on empty space.

PivotDesk is not the only company working on the issue. Other startups such as LooseCubes and KoDesk are working to better utilize office space.

The company facilitates profiles, LinkedIn checks and more to make sure that the rental relationship works. Once it’s settled, PivotDesk handles the entire payment process by credit card every month. It’s as simple as can be for both sides of the agreement.

The other side of the story is that PivotDesk is working with landlords and property management agencies in order to keep their spaces filled. That’s a huge advantage and the company’s experience so far is that the property owners love their service.

Essentially, PivotDesk is doing for office space what Amazon’s EC2 did for hardware purchases. It’s making space an elastic, commoditized supply instead of a long-term, unmovable contract. The company is making a very difficult process not only simple, but also legally protective for both sides.

I sat with PivotDesk CEO David Mandell and asked the obvious question – Why startups? In his estimation, it’s because they’re aboslutely the best customers.

“It’s a problem that every startup has, and they’re used to working with unique situations. There’s no better target for us to start with.”

It’s a problem, but it’s also a positively huge market. In talking to startups, I can tell you first hand that one of the complaints that I hear more often than anything else is that they’re always looking for space. Whether they’ve grown, they want to grow or they simply need somewhere new PivotDesk is an answer that’s simply never existed before.

Since launching the closed beta only 30 days ago, PivotDesk has found space for over 400 people. In a city that is bound by physical growth constraints, that’s huge.

Oh, and Mandell? He’s a 6-year mentor for TechStars who loves the program so much that he decided to go through it himself. He’s driven, passionate and positively the right person to lead PivotDesk to success. Foundry Group is leading the company’s Series A.