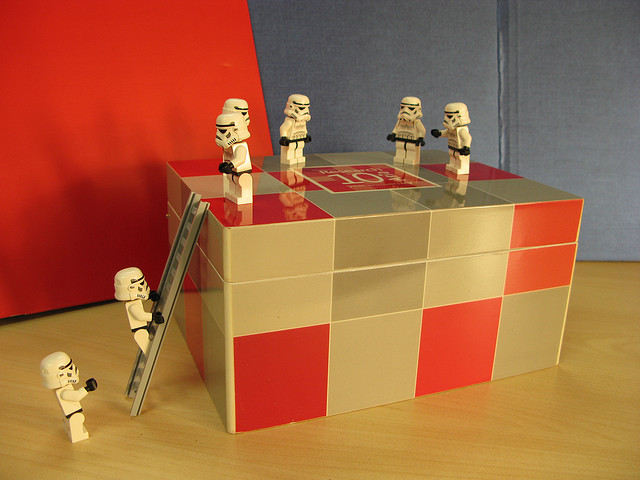 When it comes to productivity in the workplace, you often think of Windows devices. Today’s news from cloud storage and collaboration company, Box, will surely make Microsoft users happy.

The company has announced its first Windows Phone app, which will allow you to share and edit documents within an environment that is still widely used within many businesses.

Here’s what Box CEO, Aaron Levie, had to say about the company jumping to Windows Phone:

Mobile is the single biggest driver for innovation in enterprise software today. In a fragmented market, Box delivers a platform agnostic solution making it easy for businesses to collaborate, regardless of device or OS.

This platform agnostic approach has been made evident by the recent arrival of Box OneCloud to Android.

When I spoke to Chris Yeh, VP of Platform at Box, he told me that certain aspects of the Windows Phone experience really makes Box shine on the platform. For example, being able to pin files and folders as a tile on your homescreen is something the company has been looking forward to offering its users.

In addition, certain filetypes such as Microsoft Word files are clearly rendered in their fully-intended glory on a Windows device, which just isn’t possible on an iPhone. While Box didn’t work directly with Microsoft on the development of the app, there are a fair amount of ex-Microsoft employees currently at Box.

Box for Windows Phone is available today as a free download, and the company is also working on a version of the app for Windows 8, that is currently available in preview format.

As if coming to Windows Phone wasn’t enough, Box also announced a collaboration with Qualcomm for potential pre-loading on Windows and Android devices that have Snapdragon chips. Currently, there are 370 of those devices with over 400 more being worked on. Getting preloaded on any percentage of those currently available devices would be a huge boost for Box.

It could take more than six months to see this collaboration starting to pay off with preloads, but it’s well worth the wait.

When you think about how powerful Box has become as a company and a platform, it’s quite mind-boggling. With its OneCloud offerings on iOS and Android, the company has done a better job of highlighting and integrating great productivity apps than Apple and Google have. Not to mention cross-platform sharing.

Now that you add Microsoft to the list, it could be Box’s cloud we’re all eventually sharing on.

Read next: Kiip launches its own app to help you keep track of the rewards that you've earned