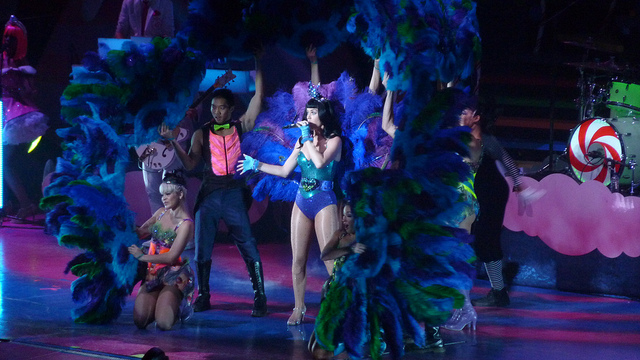 What do you do when you’ve already created one of the most popular app franchises to ever hit Apple’s App Store? Rip it apart and start all over again, naturally.

The Tap Tap series of games are one of my favorites, simply because I love music, and the game gives me something else to do, while I’m doing so. For example, I rocked the Dave Matthews Band version for over a year because it was the funnest way to listen to their last studio album.

I sat down with Bart Decrem, head of Disney Mobile Games, for a demo of the product and a discussion about how far the franchise has come since its launch almost four years ago. Decrem was quick to point out that Disney Mobile, the company he joined after selling Tapulous, currently has the top three paid games on the app store.

Tap Tap Revenge: Tour for iOS is free though, and Decrem tells me that with all of the things the team has learned in the past few years, they are focusing on the in-app purchase model to drive sales and engagement, rather than juggle a paid and free version.

Decrem told me “We wanted to recommit ourselves to the title, and focus on simplicity.” The team has definitely done that, as I’m told that some-80% of the features from the previous version were completely ripped out. Gone are avatars, chatrooms and anything that got in the way of “playing the game”, as Decrem put it.

The neat aspect of Tap Tap Revenge: Tour is that players will get access to a free song a day for the next 100 days, which is a brilliant way for artists and labels to get the word out about hot tracks. Decrem says we can expect “Top 40” acts to show up as free downloads, with something for everyone.

In addition to a ton of tracks, the gameplay experience is brand new and cleaned up. You’ll see videos running in the background and you’ll be able to “slice” as an action, instead of the usual tap.

You can just play one-off games with songs, or you can enter “Tour mode”, which lets you gather things to decorate your “wall.” This experience is way more of a personal one and doesn’t feel like the forced social versions of past, with everything shoehorned in.

How did the team decide to go this route? Decrem asked them “If Rovio was going to make this game, what would they do?”

Not only is this version simply spectacular, but Decrem’s understanding of the App Store is quite impressive:
“The goal is to be relevant and stay in the the top 20 for 90 days. Tap Tap was the first game to pull that off.” What he figured out is that hitting the one spot for a day or two doesn’t grow a title.

Decrem was very honest in saying that some of the hardcore Tap Tap fans might be sad about some of the features that have been ripped out, but overall he is proud of the experience that everyone will have with Tour.

Disney Mobile has been working on the game on-and-off for a year, and it has paid off.

The app should be available sometime this evening.

Decrem finished up our talk by saying “I love that we had the courage to remove 80% of the features.”

Read next: With a brand new event view, Facebook continues its march to "social operating system"