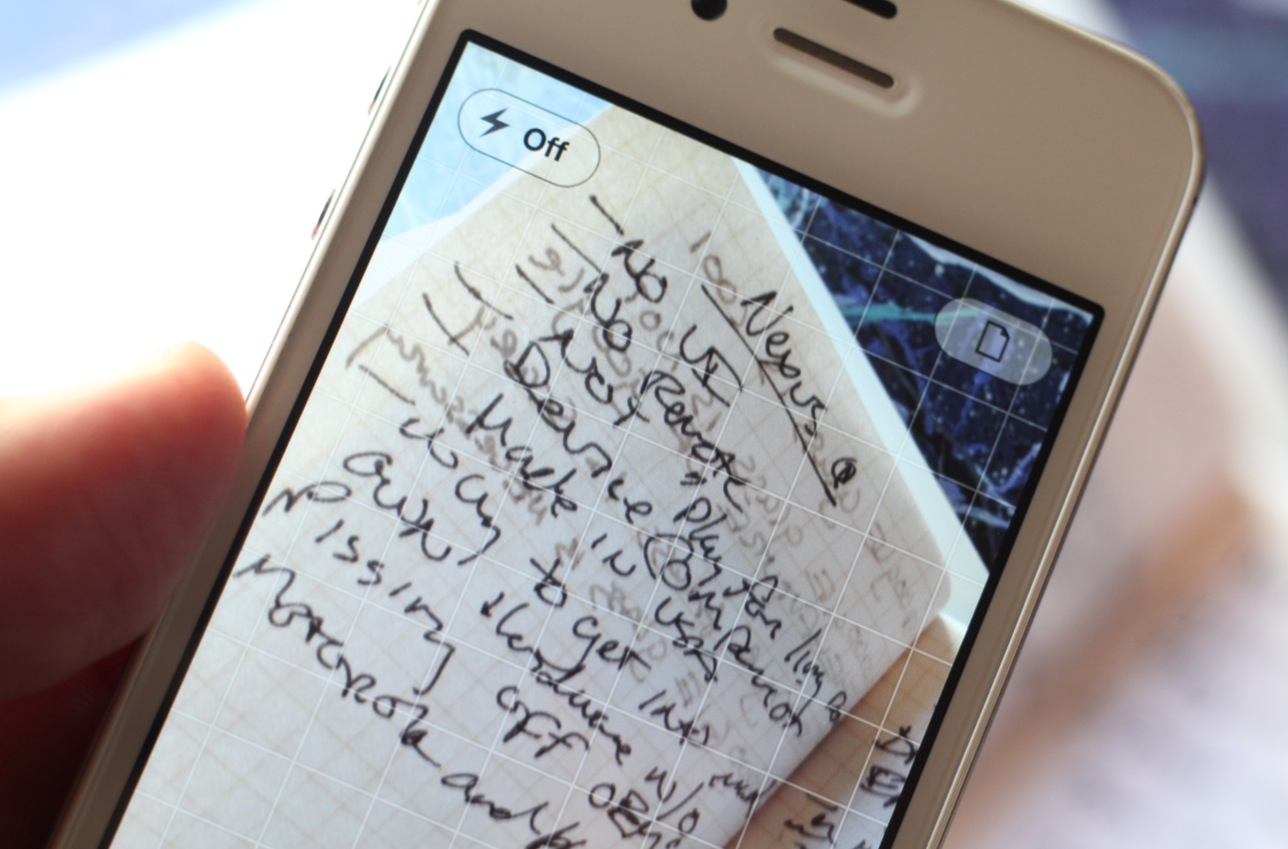 There are certain categories of utility apps on the App Store that fill up with junk. Developers see an opportunity to jump in with a half-baked offering and flood the market with crappy apps that are difficult to tell apart from the real goods at a glance.

The ‘iPhone as a scanner’ category is one of those. There are dozens of apps out there that say they will use your iPhone’s camera as a scanner, but very few of them back that up with a great UI, well tuned interface and solid image processing options.

Scanner Pro is not one of those apps. It’s made by Readdle, the folks behind a bunch of wonderful PDF tools like Remarks and PDF Converter. I’ve been using Scanner Pro as my go-to app for scanning in receipts, sketches and pages of my Field Notes notebooks for some time now, and the app just got a nice update.

The new version brings the user interface in line with the recently refreshed iPad version and it’s a good improvement across the board. The elements of the interface are pleasant to look at, but not obtrusive, and most of the view in any mode is given over to your image, just the way it should be. The ‘scanner’ window has a light grid that makes alignment easier and features the same ‘we’ll wait until you’re steady’ input trick.

Browsing multipage documents, which are all created as PDFs automatically, is clean, simple and fast. There are options to add pages from your camera or from your camera roll and you can share your documents out by email or out to Dropbox, Evernote, Google Docs or any other WebDAV-compatible service.

The second big addition to the new version is iCloud syncing, which automatically syncs your documents over to the iPad version and vice-versa. There is no iCloud document support in OS X Lion, but there are signs that we’ll see this in Mountain Lion, so there is a definite possibility that you’ll end up being able to scan a document and access it on your computer without having to manually share anything in the future. With iCloud syncing, Scanner Pro is ready for a system just like that.

The app still does all of the normal cool stuff it did before, like letting you transfer documents to a Mac or PC by mounting it as a shared drive, password protecting documents and quickly cropping documents on the fly.

When you need a utility app like Scanner Pro in a pinch, you’re often left searching the App Store at the last minute, trying to determine what app you should buy based on reviews or price. Scanner Pro is a bit more than some of the other apps in the category, but it’s well worth the cost when it comes to actually using and enjoying the app.

There really isn’t a better scanner app for iPhone than Scanner Pro, and it just got a little bit better.

Read next: Now anyone in the UK can be an early stage startup investor as Seedrs launches