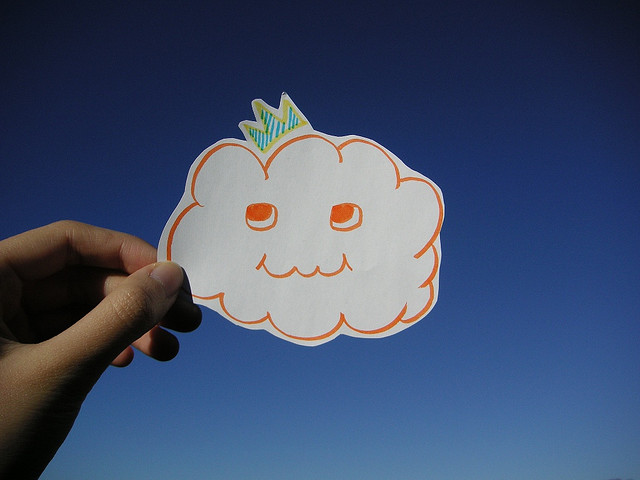 The media center startup Boxee is launching a new service called Cloudee, the company announced today. Currently in invite-only beta, it will let its users share personal videos with their close circle of family and friends.

Initially available as an iPhone app with a Boxee app to follow during the beta period, it makes it easier for users to capture or upload videos they don’t want to share with the world. While beta testers will need a Facebook account to sign up, their friends and relatives don’t need to use Cloudee to access the videos. For instance, they can receive an alert via SMS or email and open the video in their browser, Boxee’s PR manager Liz Dellheim tells us.

According to Dellheim, Cloudee was born from the idea that we don’t have a good way to share all the videos we capture with our phone, when they are not of interest to all of our contacts. This wasn’t always like that, and things have changed over time; for instance, the graduation video that we would have filmed with a camcorder and watched with our family on our living room TV a decade ago may now feel out of place on Twitter and Facebook.

In other words, we have never captured so many videos, but the sharing part went missing when it comes to personal videos, Boxee says. This is what inspired it to develop Cloudee, which also comes from the vision that the cloud will be very important for video and TV. Here are a few screenshots provided by Boxee:

As you can see on this screenshot, Cloudee also lets users collaborate to create a video collection on a specific theme – which could be an interesting option for group trips and other personal events:

While Cloudee is entirely free, Boxee plans to make unlimited storage a premium feature at some point – but insists that beta testers will keep access to whatever they have already uploaded.

Besides the iPhone, the fact that Boxee developed its a Cloudee app for its own Box shows its wish to bring video sharing back to the TV. Down the line, the startup also expects Cloudee to expand to other platforms, such as Android, but also new devices, especially connected TVs.

According to Boxee’s CEO Avner Ronen, Cloudee is just a start, and a hint at the company’s growing interest for the cloud space:

“More and more people need a way to access and store their videos, and we believe the cloud could be a big advantage that our users will really appreciate. We see the cloud as a big part of the Boxee experience going forward, tightly integrated with the Boxee Box and playing an important role.”

Read next: Intel-backed Nymgo primed to take on Skype with new apps and better quality calling