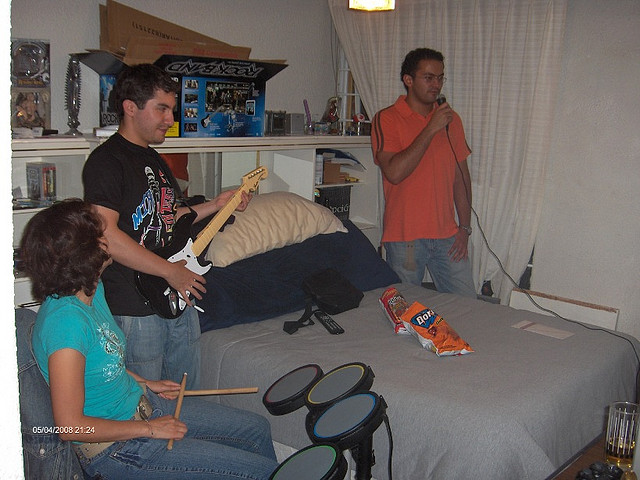 See the update at the bottom of the post.

It’s common for a popular app to no longer be supported once a new version comes out, but rarely do we hear about a company shutting it down completely, especially when people have paid for it.

The original version of Rock Band for iOS, which is still available for $4.99, will be rendered inoperable on May 31st, according to TouchArcade.

Rock Band was originally launched at the end of 2010 and has since been replaced by its sequel “Reloaded” as the popular option. However, for those who purchased the app and songs within the app, they’re out of luck and must grab the newer version.

This is a pretty rude way to treat your customers in my opinion. It’s understandable that “Rock Band Reloaded” was launched as a separate app, but once you’ve paid your money for a game you should be able to play it forever. The original Rock Band even cost $9.99 when it was released, which means that upwards of ten bucks was paid to play a game for less than two years.

Console gaming is unique in that once you buy a game it’s yours for life. If this becomes a gaming trend on mobile platforms like iOS, players will be wary of how much they spend on games. The most surprising part of all of this is that the game is still for sale, with absolutely no mention of it being shut down at the end of the month. Naughty move, EA.

Something tells me that Apple might be getting hit up for refunds sometime soon.

UPDATE: EA has backpeddled on this stance, telling CNET that the message sent to users was an “error”. Rock Band will continue to be playable, even though it will no longer be supported. Good move, EA. I don’t buy the “error” thing though.

Read next: Facebook introduces "action links" to interact with your favorite apps